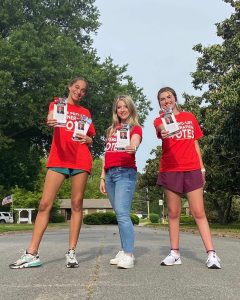 Students for Life Action is disappointed to report that after working closely with Arkansas Senator Jason Rapert to ensure #ProtectionAtConception for all children in Arkansas by passing SB 6, the Arkansas Life at Conception Act, it seems that Governor Hutchinson is caving to pressure from the abortion industry and is expressing interest in weakening the bill.

Governor Hutchinson went on CNN and said that he would support removing the protections from abortion violence for children conceived in circumstances such as rape or incest.

Abortion is traumatic, and it is a lie from the abortion industry that abortion ever helps women.

Science also informs us that every person is human from the moment of conception so the question is: Does Governor Hutchinson support valuing some humans less than others?

Please contact Governor Hutchinson to urge him to clarify his position on protections for the preborn and urge him to oppose any efforts to weaken existing pro-life legislation.