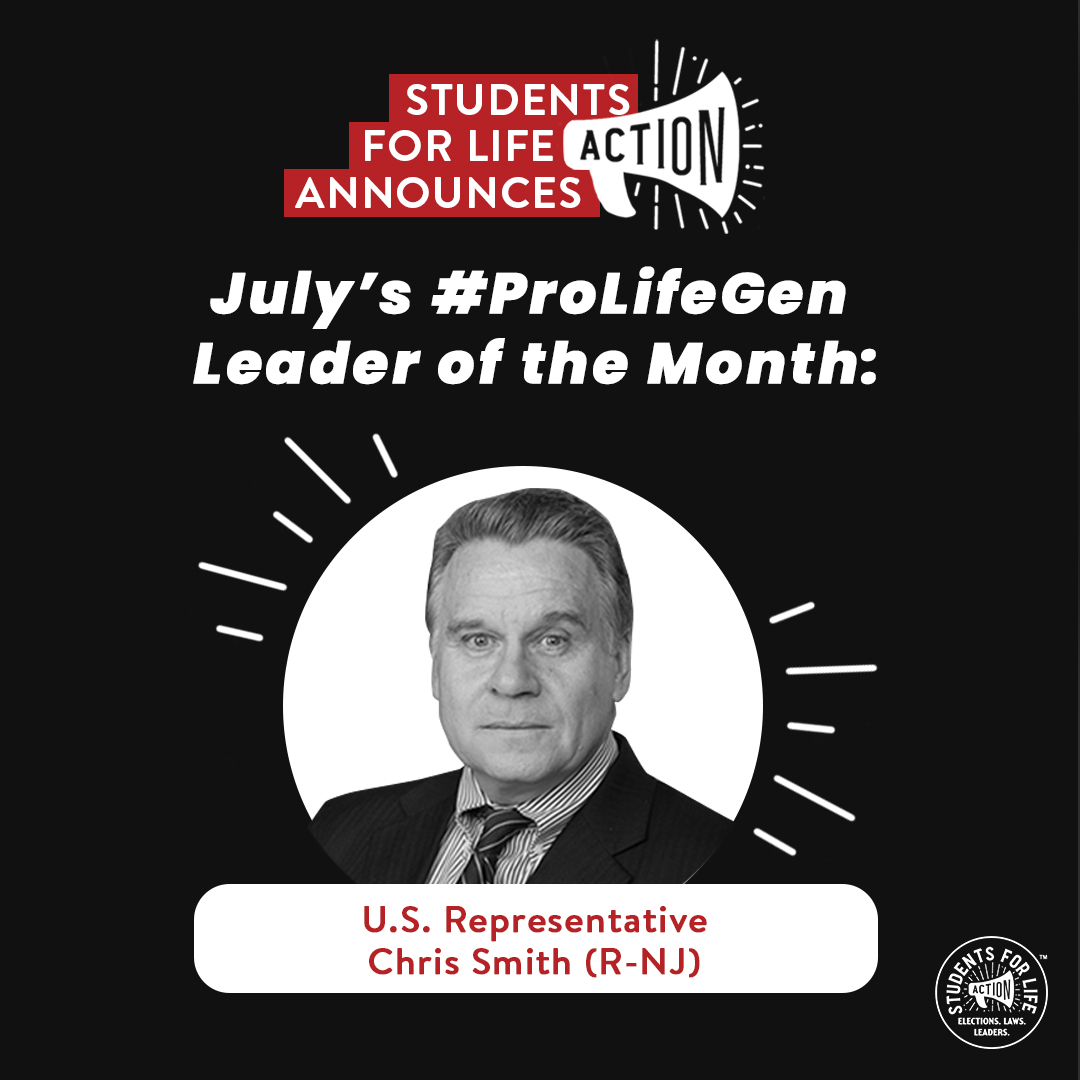 WASHINGTON, D.C. (07-20-2021) – For the month of July, Students for Life Action recognizes U.S. Representative Chris Smith from New Jersey as Pro-Life Gen Leader of the Month. Rep. Smith earned this recognition for his efforts to defend the Hyde Amendment and take other meaningful action to protect the preborn on Capitol Hill.

From Students for Life Action:

The Hyde Amendment has been applied to countless bills throughout the last four decades to prevent taxpayer dollars from funding abortions except in the cases of rape, incest, or when the mother’s life is in danger. Hyde has enjoyed consistent bipartisan support since 1976 and is estimated to have saved over 2 million lives.

When President Biden was a Senator, he publicly claimed support for the Hyde Amendment and protecting Americans’ conscience rights. However, President Biden completely reversed his decades-long position on Hyde during the 2020 election cycle to secure the Democratic Party’s nomination and even excluded Hyde from his Budget Request of the U.S. Government for the Fiscal Year of 2022.

Since then, numerous bills have been introduced without the Hyde Amendment, which would force taxpayers to be complicit in domestic and international abortions by paying for them.

In response, pro-life leaders in the U.S. House of Representatives launched the “Eighteen Days for H.R. 18” initiative to build support for codifying Hyde. A major focus of this effort is Representative Smith’s bill, H.R. 18, the No Taxpayer Funding for Abortion and Abortion Insurance Full Disclosure Act of 2021.

Instead of adding the Hyde Amendment to every individual federal funding measure, it would automatically apply government-wide, permanently preventing the federal government from funding Corporate Abortion.

For more on Students for Life Action, visit studentsforlifeaction.org