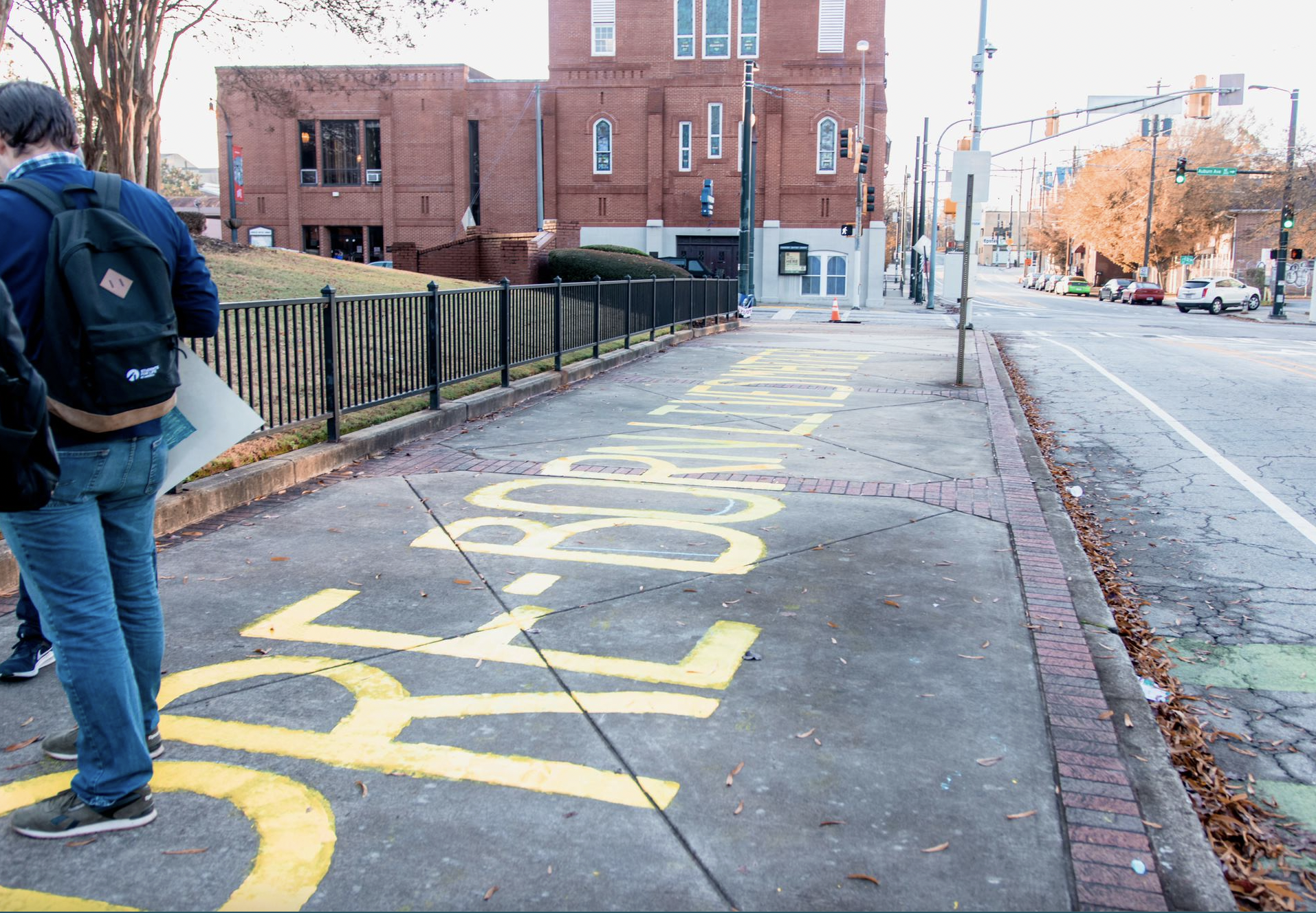 “As the anti-life agenda rises in Washington, we are mobilized in every state where the pro-life vote can make a difference,” said Savannah Craven, SFLAction Northeast Field Operations Coordinator. “Black Americans are disproportionally targeted by the abortion lobby and it’s time for Raphael Warnock to recognize his extreme policies that further the violence of abortion are rejected heavily by the Pro-Life Generation and the majority of voters.”

“The issue of abortion is front and center of many voter’s minds,” Craven added. “We have an opportunity to deny the pro-abortion Democrats a majority in the Senate and ensure Black preborn lives are treated with value.” 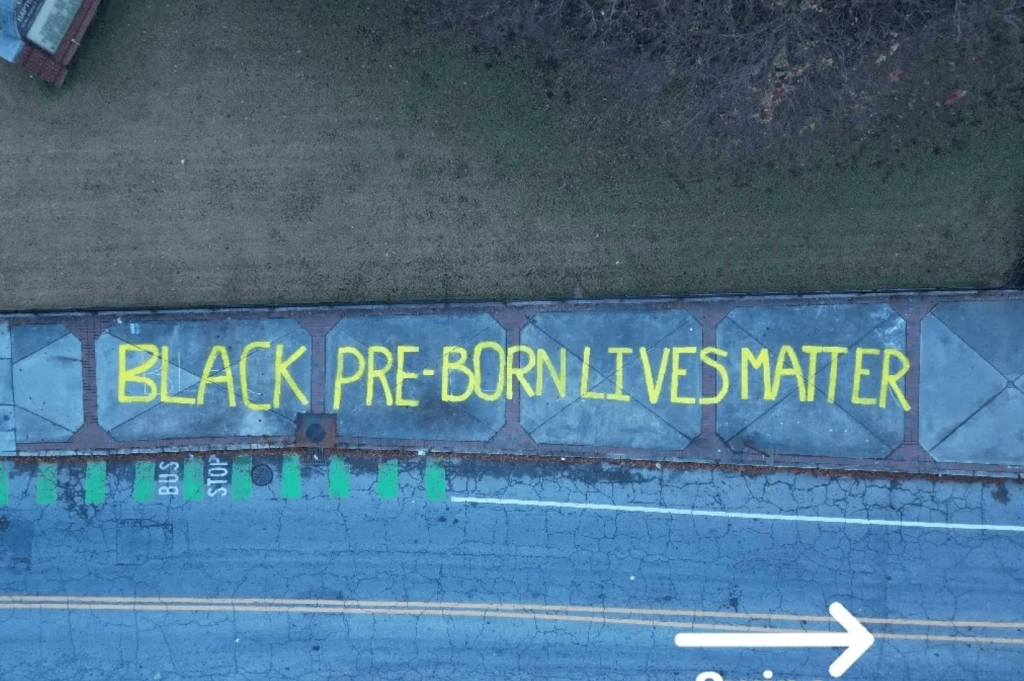 For that reason, Craven and a dozen others painted ‘Black Preborn Lives Matter’ in large, block letters in front of Senator Warnock’s church on Sunday morning. Their efforts to expose the candidate’s voting record that directly impacts Black preborn babies didn’t go unnoticed by church attendees.

Given Senator Warnock’s extreme agenda of supporting legislation that took abortion further than Roe, funded direct abortion with taxpayer money, votes for pro-abortion judges and Administration officials, and his inability to define limits on late-term abortion, SFLAction reminded the Senator who are the most vulnerable victims of his policies.

SFLAction has been involved in get-out-the-vote efforts, sending personal text messages, Overpass Outreach events, and a digital ad campaign to warn residents of what a vote for Sen. Warnock means for women and children. 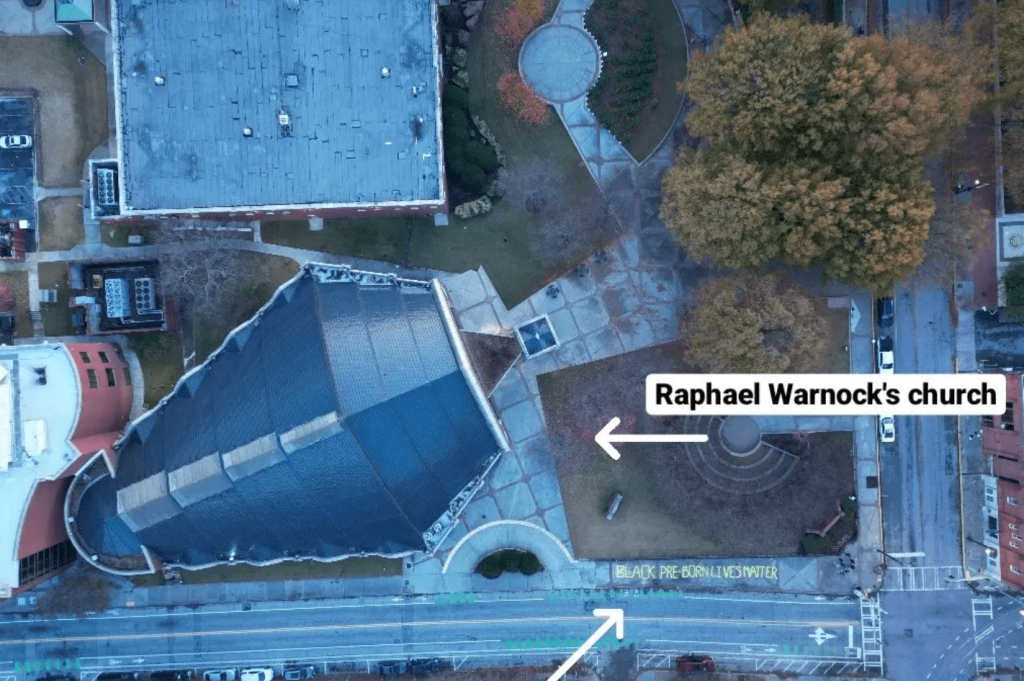 His opponent, however, has pledged to support the Life at Conception Act, a premier piece of legislation on SFLAction’s Post-Roe Blueprint. The Pro-Life Generation is making connections with Georgia voters to make the case to #VoteProLifeFirst and expose the abortion lobby’s puppets in Congress.

As noted by The Washington Post, SFLAction is “one of the largest antiabortion organizations in the country,” and has long been preparing legislatively for a Post-Roe America. Fox News recognizes SFLAction “has already been pushing state legislatures” and our growing influence has even reached pro-abortion lead researcher Mary Ziegler who noted the power of our mobilization in The Atlantic.