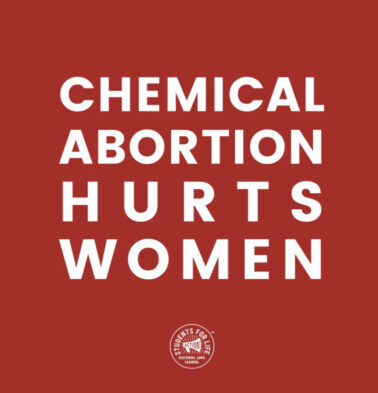 WASHINGTON D.C. (01-06-2023) – Students for Life of America President Kristan Hawkins called the FDA’s recent rejection of our citizen petition that called for a return to health and safety standards designed to increase the odds that a mother survives exposure to Chemical Abortion Pills an act of “extreme negligence.”  She continued: “Students for Life of America will be assessing our appeal and civil litigation options. The FDA has joined the gaslighting team on the Biden Administration on abortion. Even as the death count of women taking Chemical Abortion pills has gone up along with the distribution of these deadly drugs, they claim there is nothing new to consider. This reckless abuse of power makes it easier for abortion vendors to profit by ignoring the needs of women. Chemical Abortion Pills can lead to injury, infertility, and death for women, as well as exposing them to abusers using the drugs on mothers, without their knowledge or consent. That should matter to those tasked with keeping people safe, but clearly, it hasn’t so far.”

SFLA attorney Zac Kester noted: “The FDA has received multiple requests to restore the risk evaluation and mitigation strategies (REMS) imposed on Mifepristone to protect pregnant women. Despite these valid requests, the FDA fails to take seriously the proven risks associated with chemical abortion. Rather than return these safety standards that were improperly imposed, the FDA dismisses requests to make chemical abortion safer for users.”

As reported: Concerns over the Potential Environmental Devastation Caused by Chemical Abortion Pills Detailed in the First of a Series of Citizens’ Petitions to the FDA from Students for Life of America

“Cemeteries in our sewer systems are ignored as Chemical Abortion Pill use has skyrocketed. Tainted blood, tissue, and human remains have been flushed away, without any hard look at what happens next, or what happens to us and the environment,” said SFLA/SFLAction’s Kristan Hawkins. “We’re calling on an environmentally concerned Congress and state legislators to support Red Bag Medical Waste disposal of tainted human remains, to protect aquatic life, endangered species, and our food supply from the deadly consequences of Chemical Abortion Pills, a clinical abortion agent and potential endocrine disruptor that even the National Institutes of Health notes can impact more than just women.” 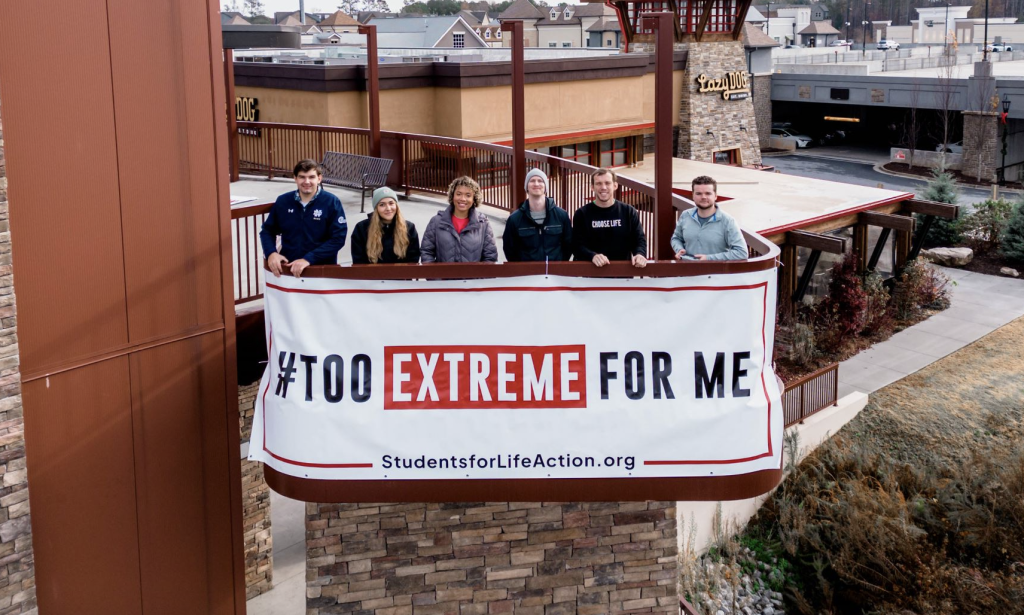 ·    A Weaponized DOJ Wants to Conscript the U.S. Postal Service into the Abortion Business

·    Coming to Your Local Pharmacy: This Is How the FDA Just Changed Chemical Abortion Pill Regulations

·    BREAKING NEWS: FDA Says Plan B or ‘The Morning After’ Pills Are Not Abortifacients in Pro-Abortion Narrative Change

As Hawkins has noted, the abortion extremism of the Biden Administration infiltrates all of government, adding, “At this rate, Biden and his team won’t be happy until NASA finds a way to put Chemical Abortion Pills on the moon.”

Learn more at This is Chemical Abortion.

For an overview of where Students for Life Action worked to pass Chemical Abortion pill legislation in the last two sessions, click here.