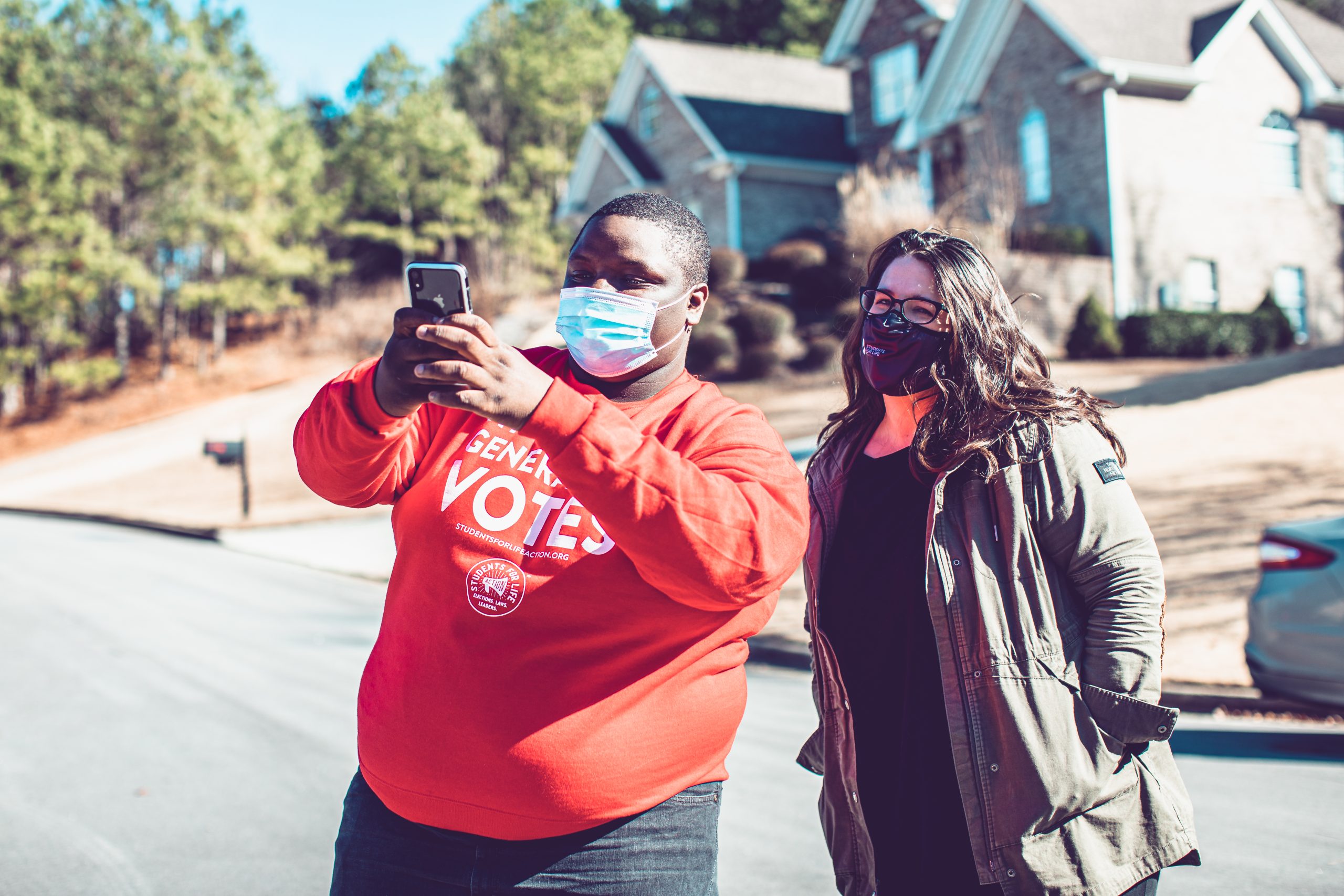 Everything You Need to Know About Dobbs v. Jackson Supreme Court Case

What is the case about?

Mississippi passed a law to ban abortion after 15 weeks of pregnancy. The Supreme Court will hear this case to decide whether this law may be upheld fully, partially, or not at all. If parts of this law are upheld, this could allow for states to enforce abortion restrictions before viability for the first time since the Roe v. Wade decision.

When will we know a decision?

Oral arguments are expected to be heard December 1st but the final decision is not expected until summer 2022.

How should I talk about this case?

This case reflects the growing, national consensus that abortion must be stopped as it is a human rights atrocity, which has been permitted to take lives for too long.

Just because they say abortion is “legal” that doesn’t make it right.

1. This is a historic opportunity for us to confront the bad legal framework of Roe v. Wade, which judges and activists have used to justify unlimited abortion. We are calling the court’s bluff. For too long, judges have pretended that abortion is written in invisible ink in the Constitution in ways only they can see. This case directly confronts whether limits on the abortion “rights” judges established in 1973 can exist before a baby can live outside the womb.

2. While this case is not expected to overturn Roe, it’s a step in the right direction. We anticipate changes in abortion law to follow. For the most part, the courts have said that there can be almost no limits on pre-viability abortions. But a state’s right to defend preborn life should not depend on whether that child is ready to get a job and become a taxpayer. The many harms of abortion to women and certainly to the preborn should empower states to act, no matter the child’s age or location.

3. This is not a radical effort as Corporate Abortion would have you to believe. The U.S. is one of only 7 nations in the world that allow for abortions after 20 weeks of pregnancy 7 OUT OF 198 . Most countries limit abortions between 12 and 16 weeks. The United States stands with China and North Korea in permitting such an atrocity. (The 7: US, China, North Korea, Vietnam, Canada, Netherlands, & Singapore.)

4. We have the Right to Protect Life. It’s anti-democratic for a handful of judges to tell people in state legislatures and voters nationwide that pro-life values cannot become law. Americans are forced to support the most radical agenda imaginable on abortion AND to pay for it with their tax dollars.

5. Americans want limits on abortion. Mississippi is limiting abortion starting at 4 months of pregnancy, in the second trimester.

6. The Pro-Life Generation knows their peers are not for unlimited abortion. Students for Life’s Institute for Pro-Life Advancement polling from this year shows that more than 7 of 10 Millennials and Gen Z want limits on abortion.

7. Judicial overreach is one reason people vote – to ensure judges who respect life and law are appointed. Electing reliable leaders who pick good judges is important. Given the timing of the Supreme Court’s decision in June of next year, this case will have implications for the mid-terms as we encourage people to VOTE PRO-LIFE FIRST.

8. We have to keep fighting to protect life in law, because no matter the outcome, the Democratic Party leadership wants abortion extremism. The Biden Administration rushed to the microphones to say they were for “codifying Roe” no matter what happens (which means making a federal law as radical as Roe.) ALL the Democratic Presidential Candidates pledged to do that, FYI.

9. This case also highlights the painful mental gymnastics of Corporate Abortion as they try to deny science — the reality that it is A UNIQUE HUMAN LIFE exists in the womb. Science confirms the humanity of the preborn.

10. Death by abortion surgery involves being dismembered and removed from a mother’s body. From the Guttmacher Institute: Dilation and evacuation (D&E) abortions “accounts for 95% of abortions after the first trimester.

11. The Dobbs v. Jackson Supreme Court case is going to be a public relations nightmare for Corporate Abortion as they try and justify painful dismemberment abortions that are risky for women.

12. The scientific FACT that babies at 15 weeks – about FOUR MONTHS – of pregnancy feel pain should horrify everyone. Great facts on this from Charlotte Lozier Institute with all the medical footnotes.

13. Fake News Alert: These procedures are rarely about a medical condition. Most of these later term abortions are not because of fetal anomaly or life of the mother issues.

14. Roe is falling apart, and everyone knows it. Click here to read Hawkins’ op-ed on the flawed foundation of Roe v. Wade. She wrote: “In fact, the abortion decision forced on America in Roe rests on a virtual San Andreas legal fault line, shaky, legal ground that experts, both pro- and anti-abortion, have watched closely. With a number of cases headed to the U.S. Supreme Court to probe the cracks in the ruling, that fragile foundation is in question. But it’s not only pro-life legal experts who see serious flaws in Roe.”

Relevant op-eds from Kristan Hawkins on this topic: