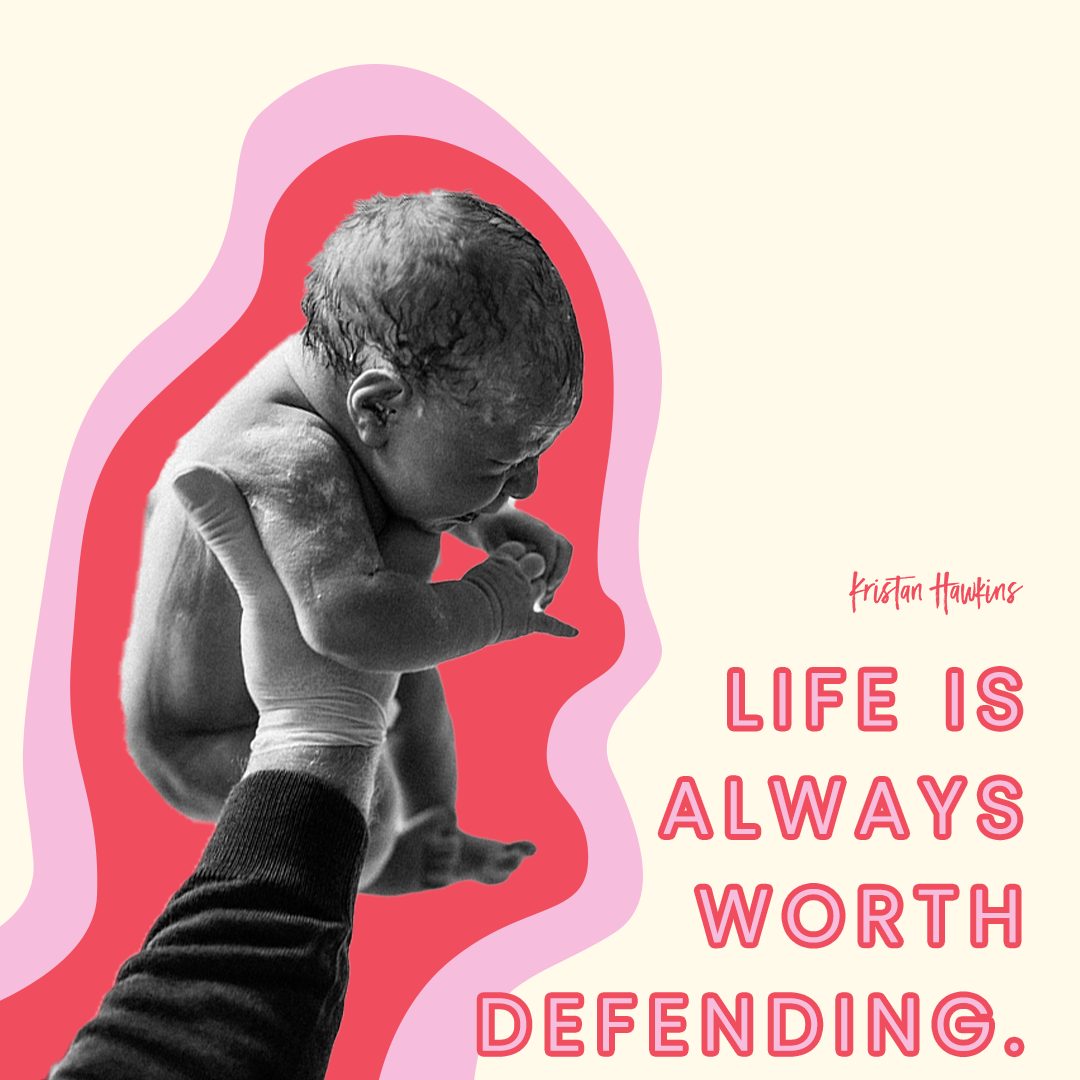 “Abortion is so indefensible, abortion supports prefer to shut down free speech entirely or strike out in anger rather than have a simple discussion,” said Students for Life of America President Kristan Hawkins. “Rights you can’t use, don’t exist, or go away. The Pro-Life Generation will neither let that happen or be intimidated from speaking the truth in love wherever we are.”

WASHINGTON D.C. (09-21-2022) – Mere weeks into the fall Students for Life of America (SFLA) “Abortion is Not Right” college and university campus tour traveling to more than 160 locations in at least 35 states, the free speech rights and personal safety of pro-life students are also being highlighted. “Those who advocate for the violence of abortion are becoming more violent, and more contemptible in their attacks on peaceful pro-life individuals,” noted SFLA President Kristan Hawkins. 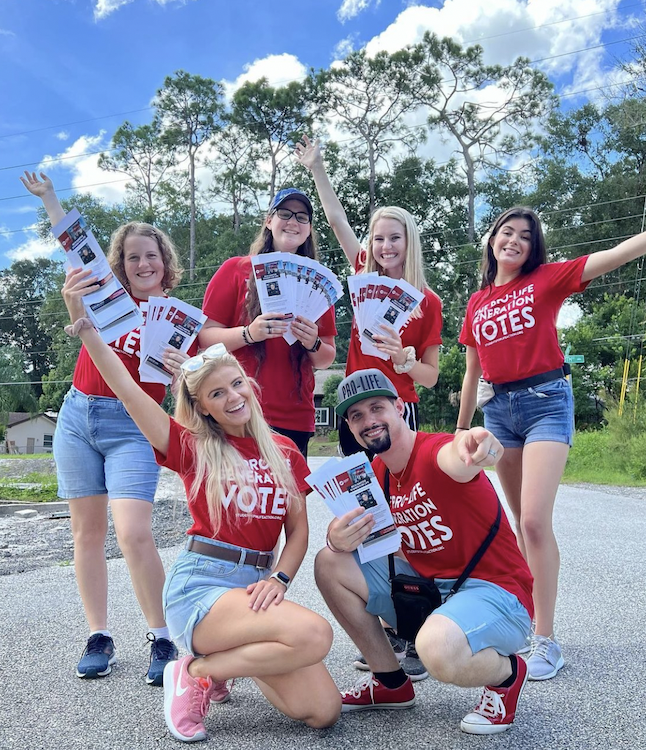 Attacks on the property and person of SFLA pro-life students and staff are adding up and include:

The College of William and Mary, Virginia: Pee allegedly thrown at students.

An investigation is underway looking into an alleged assault in early September at a prestigious college known more for educating former presidents than acts of political violence.

SFLA Regional Coordinator Gavin Oxley and student leaders were verbally and physically accosted during a tour stop, Sept. 12. In fact, senior Jonathan Kenney allegedly had a cup of what seemed to be urine thrown at him, a fellow student, and the pro-life display while he was trying to talk with fellow students. The alleged attacker was unknown to them, but the investigation continues with available video and witness accounts.

“Naturally I was pretty grossed out and disappointed by these actions,” said Kenney, who noted that the attack didn’t fit the character and tone of William and Mary. 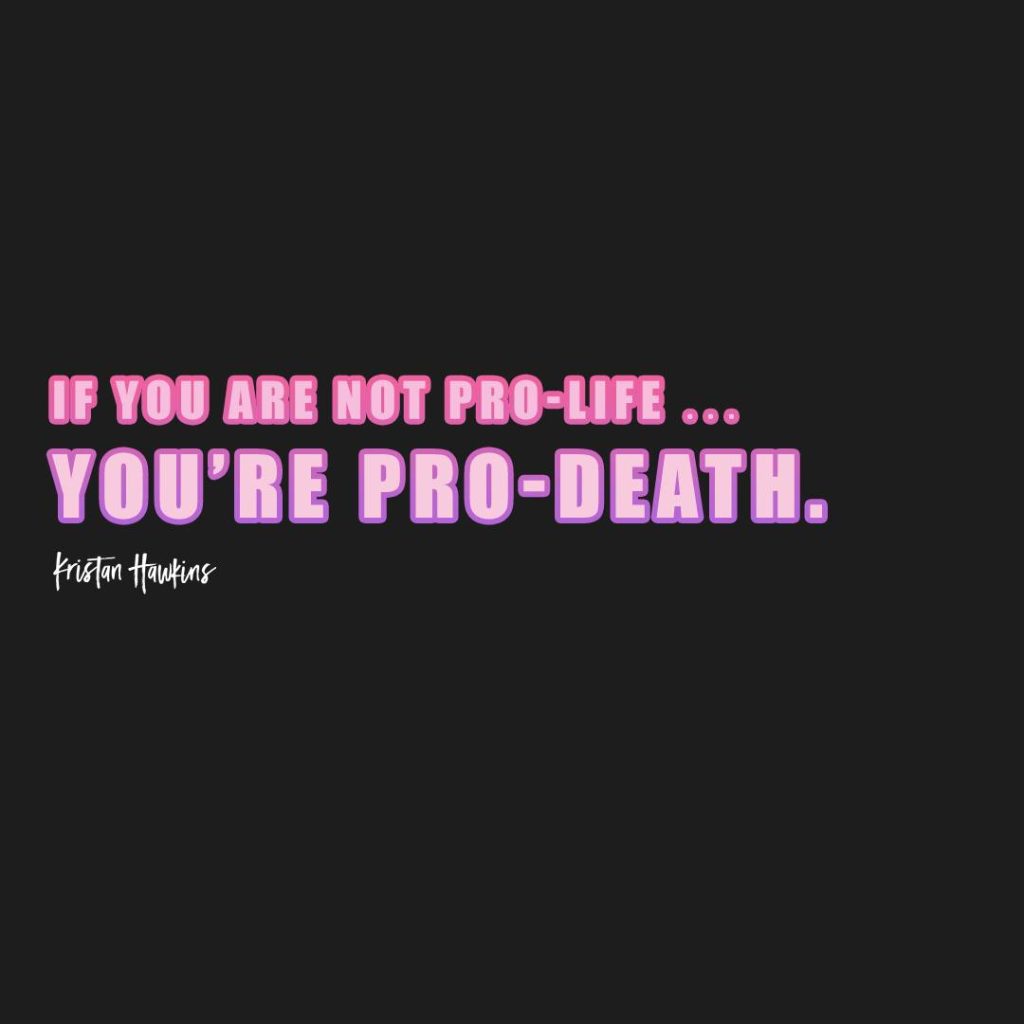 A group of pro-choice students also came up to the display to yell at the pro-life advocates and the campus police were called to investigate the vandalization. That investigation is on-going. Despite the pushback, the group still managed to have 99 conversations with students wanting to hear the other side of the abortion issue. 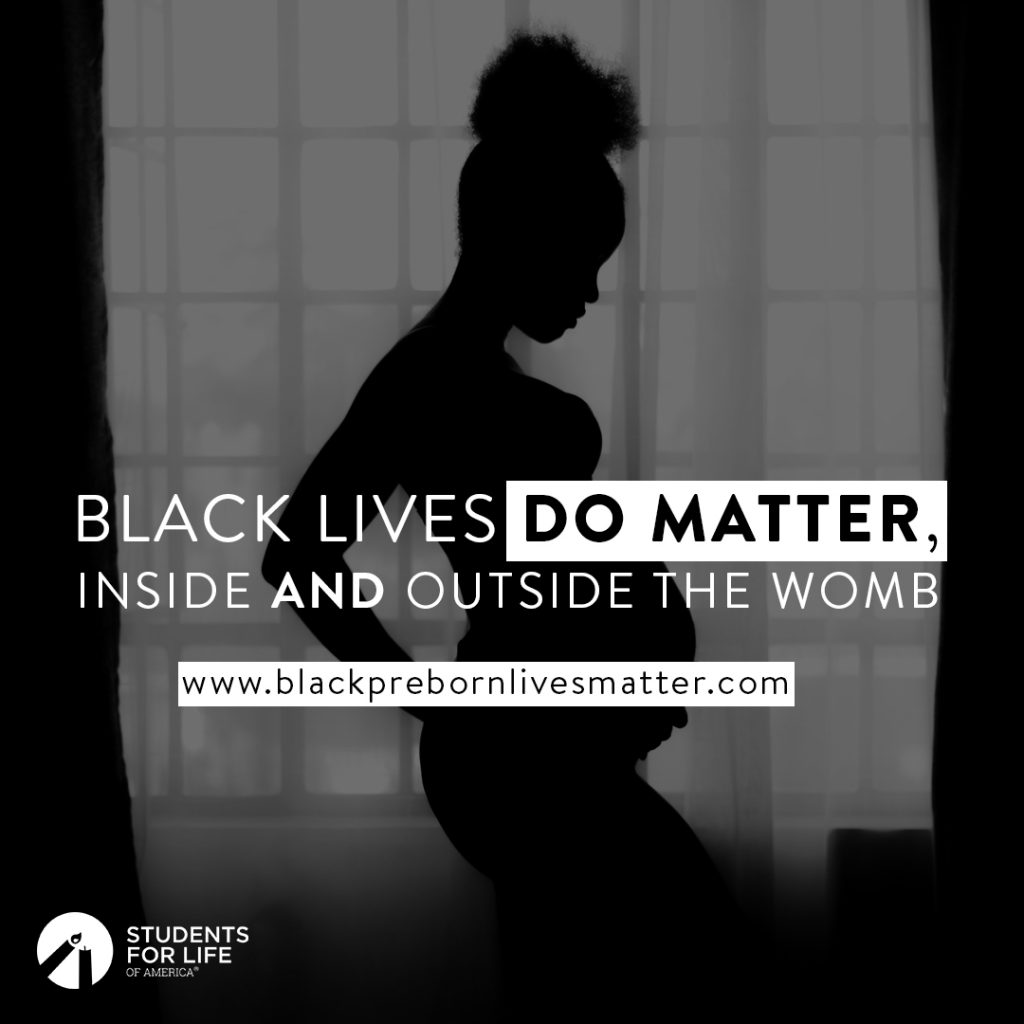 The Pro-Life Leaders called for fair treatment, writing: “The Abortion Is Not Right Fall Campus Tour sheds light on the injustice of abortion and how it impacts the rights of innocent human beings. We condemn any suggestion that the pro-life principles demonstrated in this display are racist or incongruent with human dignity and our efforts to establish equality among the races. We must learn from our past mistakes as a nation. We correctly view slavery as an abhorrent and immoral stain on our history and we will look at abortion the same way. That does not mean that slavery and abortion are the same. No human rights abuse is. It does mean however that human rights abuses are cyclical and that we must learn from our historical injustices to fight current injustices.”

The events began in early September. During tabling at George Mason University (GMU), the Black African Heritage and Caribbean Coalition (BLACC) began to protest the display. Some students were yelling and accusing our pro-life students of racism.  In addition, students with coat hangers came to the display accusing our staff member of being privileged.

Following the display, BLACC organization released a public statement on their social media saying that they were disgusted by our display, indicating that the display was racist, and demanding that our students meet with them publicly. The organization did not reach out to the SFL group privately or through the proper channels. Our students are working with our legal team on a meeting plan that would be productive and a statement. 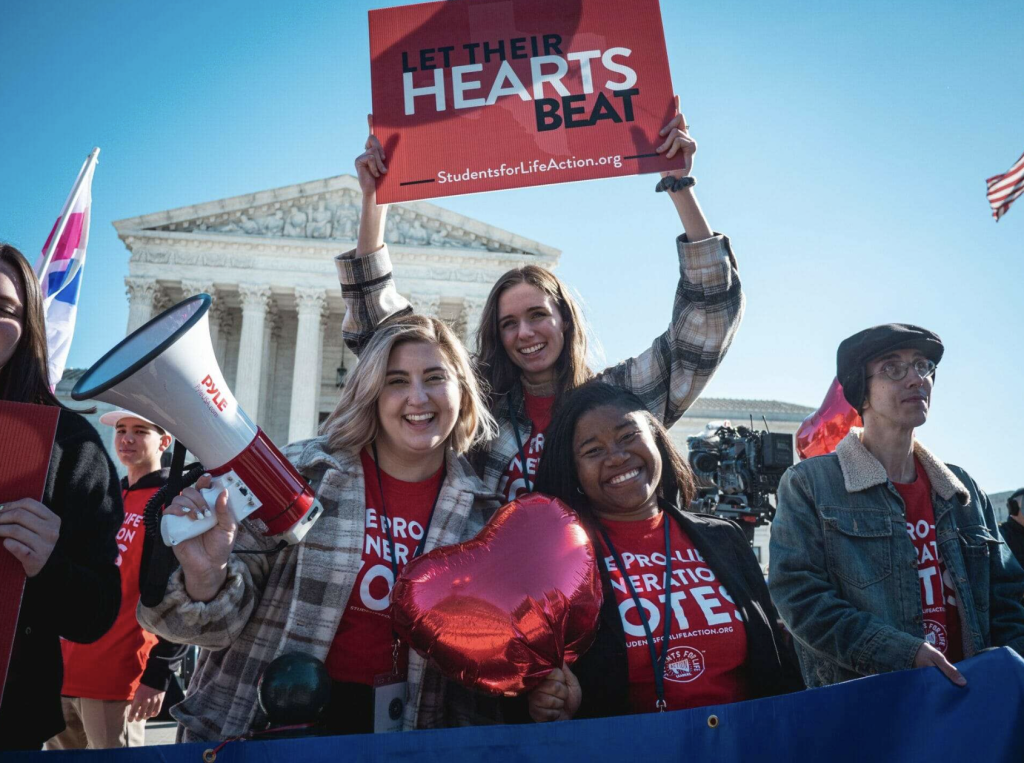 In addition, the Black Student Alliance (BSA) and the NAACP publicly shamed and accused our students of “transgressions against the Black community.”

One of George Mason University’s official departments (CCEE) posted on their official Instagram that they supported the claims made by BSA, BLACC, and NAACP. However, the school never reached out to the SFL group to get both sides or to clarify anything before posting publicly.

The SFL group at GMU is standing strong and working with our legal team and staff to respond to this blatant attempt at silencing their pro-life speech through bullying and harassment.

As the letter from Black Pro-Life Leaders and Students for Life reached the school, so did a demand letter from Students for Life’s legal team, demanding fair treatment and investigation of the alleged charges to clear the name of the students shadowed by false statements.

To read the demand letter and more on the events leading up to the legal action, click here for George Mason Students Unfairly Called “Racist”; Niece of Martin Luther King Jr. Speaks Out

Attempts to engage in on-going pro-life events has reached a roadblock on the Catholic campus, according to pro-life students. As reported on the blog: “Danielle Smits, President of V-Hawks for Life at Viterbo University, had paved the way for pro-life advocacy on her campus until the school administration caused her work to come to a screeching halt. After tabling with Students for Life of America (SFLA) Regional Coordinator Matt Murphy for a “No Woman Stands Alone in a Post-Roe America” event, the Franciscan Catholic university placed restrictions on the group as students harassed the pro-life members … 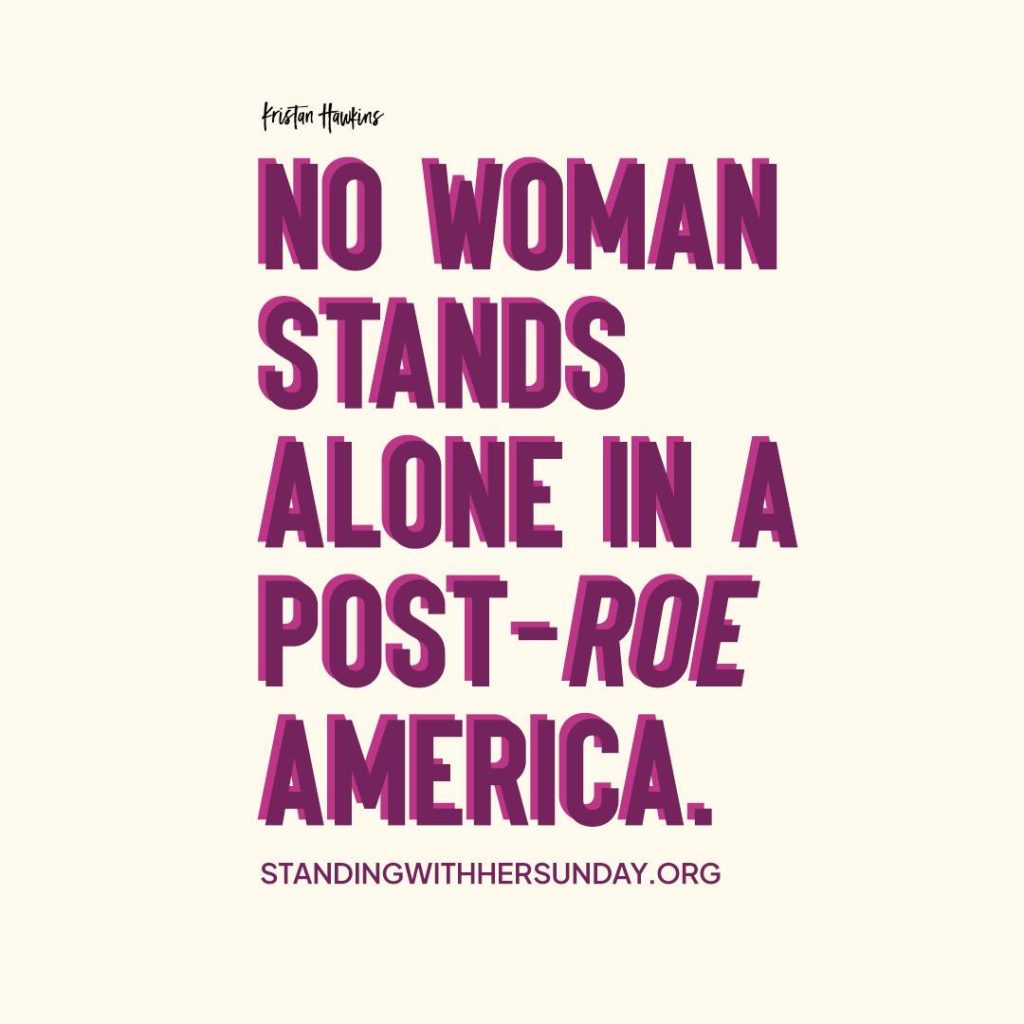 “In early May, V-Hawks for Life were informed that the group would have to go through additional levels of approval for tabling events – a warning notice that no other student organization had been given. The next day they were informed that the SFLA Regional Coordinator was no longer allowed on campus. The reason for this sudden policy? Smits and Murphy tabled on campus to share why no woman stands alone in a post-Roe America.”

And consider what happened a few months later. “On August 22, Sister Laura Nettles, Executive Director for Mission and Social Justice, said publicly that she was “placing restrictions on the pro-life club.” An audience member asked Sister Nettles during the meeting why a “pro-choice” club was not allowed to form on campus to which the faculty member said they could under a name such as “Reproductive Rights Club.” While assuring the audience that a pro-life club was being restricted and would not allow future displays from them, she said “pro-choice” is a trigger word for the Catholic church.”

When SFLA’s Missouri and Arkansas Regional Coordinator Nicole Hollmann brought the Abortion Is Not Right Fall Tour, a Gibeonite preacher came to Speaker’s Circle (where they were tabling) and started speaking about lots of topics, including abortion being a sin. It drew a large crowd of students there to protest both the speaker and our display. Eventually, the MU police showed up as the crowd became too big and rowdy. 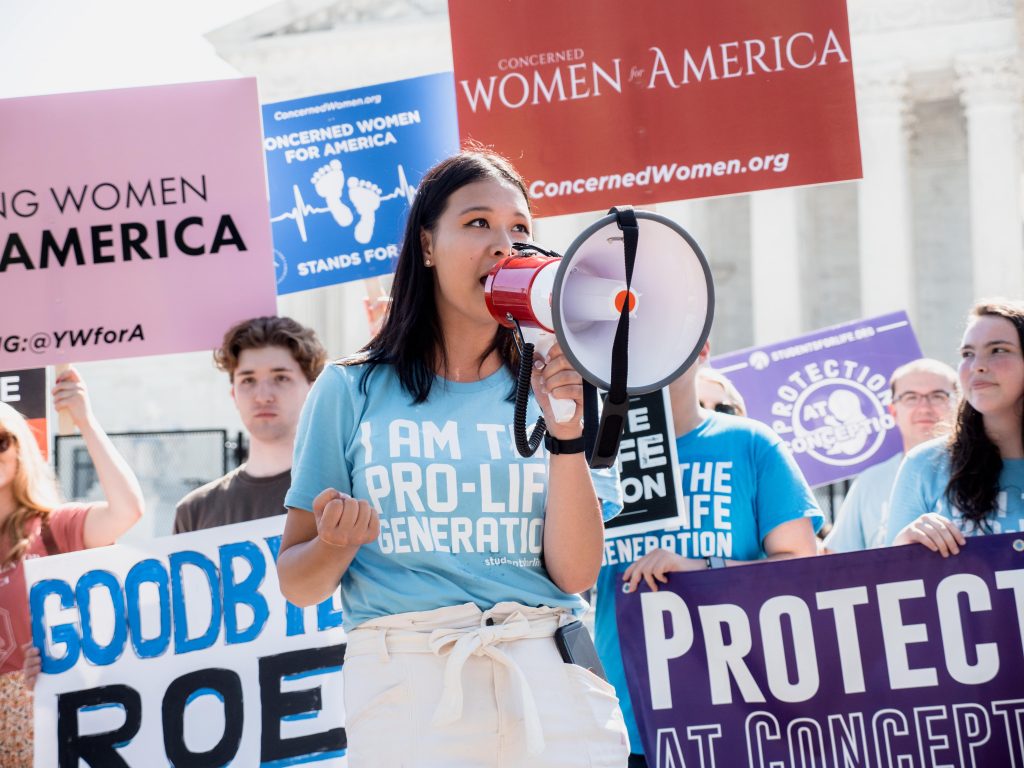 Hollman reported that many students directed their anger at their pro-life peers. Video shows our staff and leaders told to go kill themselves. A male student came up to throw our panels down, and at another point a girl turned our panels around. A girl also came up to take our topic cards and throw them away without even attempting to converse with us.

Despite all the violent rhetoric and intimidation the SFLA leaders stayed focused on their mission and had 120 conversations for Life.

Blog: SFLA Students Told to “Kill Themselves” While Advocating for Life at the University of Missouri

Student leader Grace Rykaczewski is a veteran of pro-life activism but had to fight off thieves and harassment at a recent event. She reported, “A pro-abortion student snuck up to our table and stole our model of a ten-week-old preborn baby. We use this model on campus because it can be helpful to show people fetal development as most students don’t know that a ten-week-old baby has a heartbeat, organs, fingers, toes, and fingerprints – but apparently this scientific reality was too much for the pro-abortion student to handle.

“Before we could realize what was happening, the pro-abortion student tore off the head of our baby model. She put the baby model’s head in a nearby ashtray and threw the decapitated body in the grass.

“One of my group members began recording in case anything else happened, but one of the male pro-abortion students began to bully and intimidate him into deleting the video. We could have rightfully kept the video as it was taken outside in public and New Jersey is a one-party consent state, but because of the extreme intimidation from the pro-abortion student, we were forced to delete it. We reported this incident to our campus security, and they are currently  investigating what happened.” 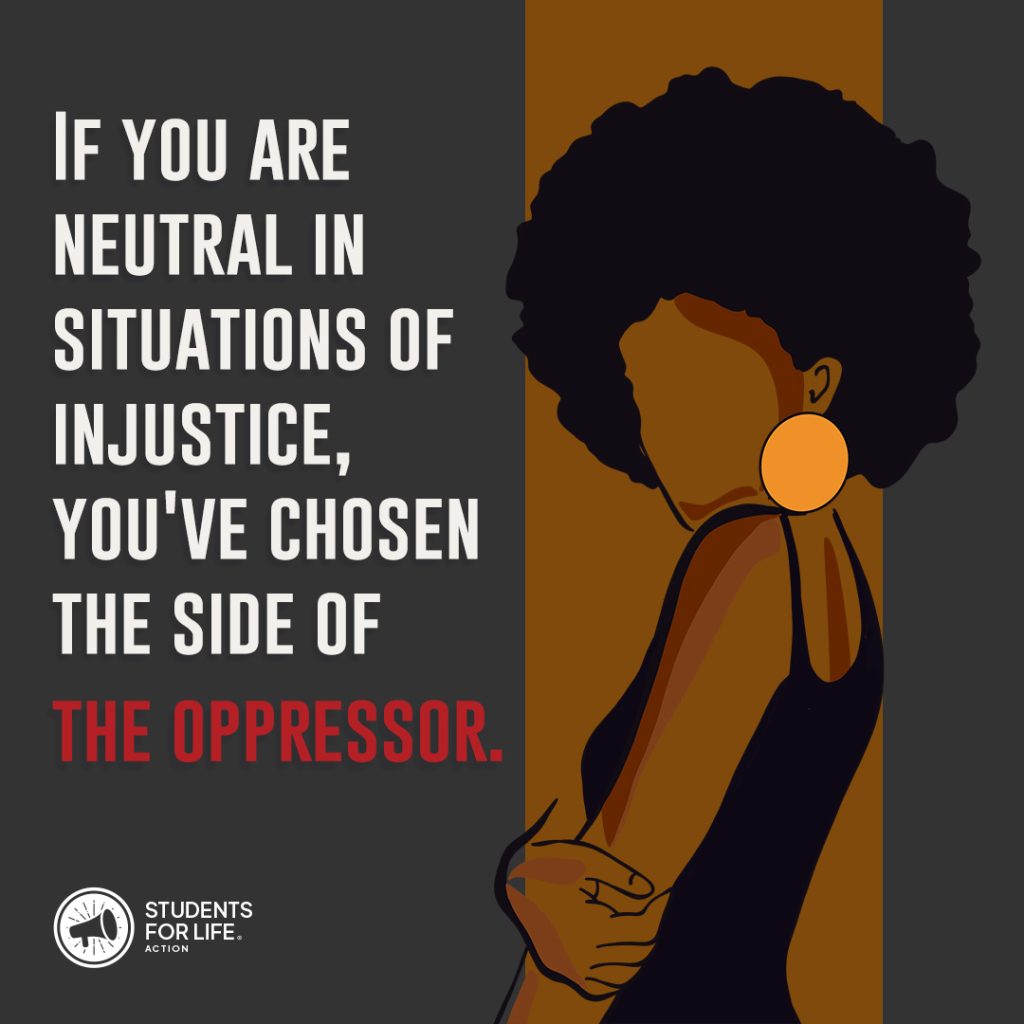 Such events are all too common, Rykaczewski notes, saying, “All we ask is for the opportunity to have productive conversations on campus without the destruction of our property, threats of violence, and intimidation. My group and I don’t expect that level of consideration from the abortion lobby, but we won’t be deterred. We will follow through on investigations into this incident, and we will never stop fighting to make sure every woman is supported, and every baby has the right to life.”