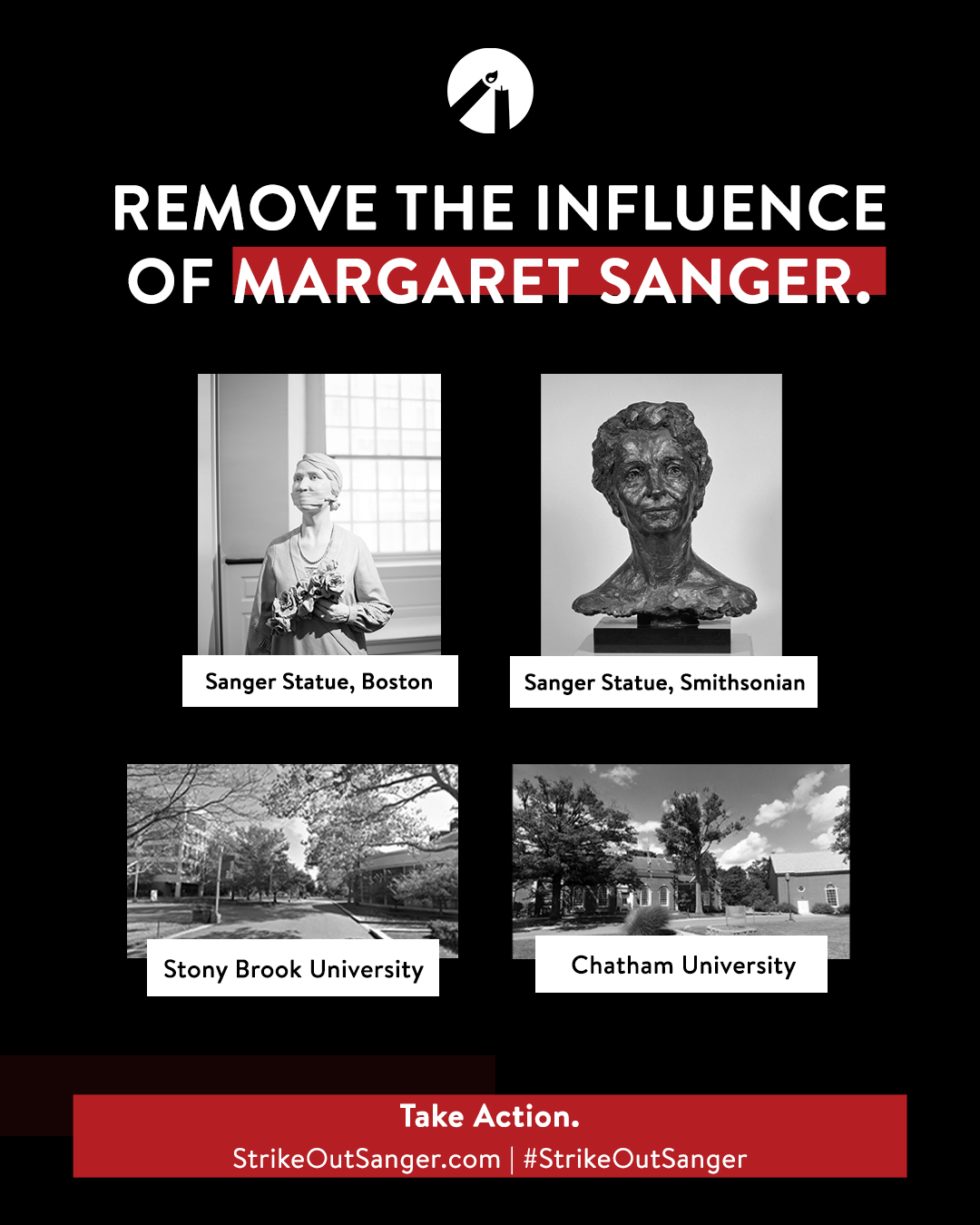 Across America, statues and images of people with racist pasts are being removed from places of honor. Yesterday, Senator Rand Paul sent a letter to Smithsonian Institution Secretary Lonnie G. Bunch III, urging him to remove the bust of Planned Parenthood founder Margaret Sanger from the National Portrait Gallery’s “Struggle for Justice” exhibit.

Last year, Secretary Bunch made a statement in the New York Times regarding the debate surrounding national statues and monuments, saying, “Some of these need to go… It’s about pruning them, removing some, contextualizing others and recognizing that there is nothing wrong with a country recognizing that its identity is evolving over time.”

This exhibit honors champions who have fought discrimination throughout American history. In Senator Paul’s letter, he remarked that Sanger does not belong in this display because she was a “proud eugenicist who sought to ‘purify’ the American population through birth control.”

It is now well-known that Sanger advanced a “Negro Project,” wrote in her autobiography about her cooperation with the KKK, and advocated for a eugenics approach to breeding for “the gradual suppression, elimination and eventual extinction, of defective stocks – those human weeds which threaten the blooming of the finest flowers of American civilization.” In writing to a colleague on how to advance birth control and the abortion mentality in minority communities, Sanger wrote, “We do not want word to go out that we want to exterminate the Negro population.”

Last month, Planned Parenthood president Alexis McGill Johnson admitted the abortion organization’s racist roots in a New York Times opinion piece. “We don’t know what was in Sanger’s heart, and we don’t need to in order to condemn her harmful choices,” said McGill Johnson in the piece. However, Planned Parenthood has failed to reckon with the organization’s continued targeting of minority communities and killing of 972 children each day — of whom, a disproportionate number are Black.

To combat the exaltation of Sanger’s deadly legacy, Students for Life Action launched a grassroots call and email campaign last month to remove her name from Sanger Hall at Chatham University in Pittsburgh, Pennsylvania and Sanger College at Stony Brook University in New York.

It’s hard to understand how a woman who pioneered causes of discrimination and ableism came to be honored at two institutions of higher education and the Smithsonian Institution, but the fix is simple.

Senator Paul, thank you for your partnership in the effort to remove the glorification of racist Margaret Sanger of our nation’s most prestigious museums.