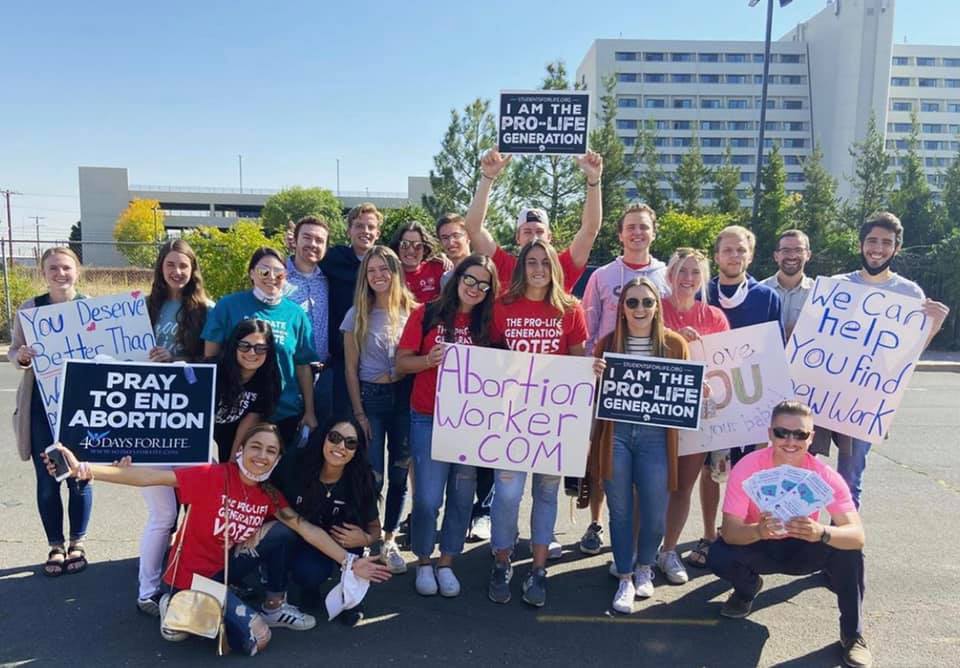 “Voters 18 to 35 are passionate people, and we are educating and activating them on the human rights issue of our day, not just for this cycle but for years to come,” said SFLA/SFLAction’s Kristan Hawkins. “We are training the next generation of single-issue voters who will work to make abortion a thing of the past.”

WASHINGTON D.C. (10-30-2020) – Students for Life of America and Students for Life Action President Kristan Hawkins announced a new, 6-figure campaign buy in a 48-hour GOTV blitz for Monday and Tuesday designed to rally voters aged from 18 to 35 to #VoteProLifeFirst. Accomplishing this 48-hour GOTV blitz will require more than 1.5 million personal text messages to cell phones, nearly 900,000 landline phone calls and voices mails as well as a five-digit social media ad buy. Among those contacted will be 273,000 new voters who are considered swing voters on the life issue as well as more than 1 million pro-life, yet low propensity voters who haven’t voted this fall in the following 9 states: Arizona, Colorado, Iowa, Florida, Michigan, Montana, North Carolina, Pennsylvania, and Wisconsin.

The social media investment continues SFLA/SFLAction’s two-pronged effort. One, to reach undecided young people with a Voter Persuasion Quiz that shows them how their actual views on abortion line up with the current political environment; and Two, to ask young people, many of them first-time voters, to pledge to #VoteProLifeFirst.

“Students for Life of America and Students for Life Action’s engagement in this election is quite simple: Go to young, undecided, and unactivated voters to show them how the human rights issue of our day is really being handled and then ask them to vote pro-life first,” said Hawkins. “We will never be able to fully protect women and their children, born and preborn, if we all don’t commit to prioritizing an end to abortion as we know it.”

She continued: “The most exciting thing for me in this election cycle is the almost 107,000 young people who have pledged to vote pro-life first along with our 20 % conversion rate with voters who decided they will prioritize abortion in voting after learning more about the issue and how their views are ignored by politicians. We are reaching the hearts and minds of people who really care about the horrors of abortion and how women and children are hurt by it, but who needed to be shown how important they are to this election.”

Students for Life’s GOTV blitz follows up extensive fall grassroots campaign in which SFLA/SFLAction team members and volunteers have already:

The #VoteProLifeFirst digital media campaign has included 85 different image ads and multiple videos reaching voters whose views on abortion vary and have been seen more than 8 million times. More than 2.28 million voters have engaged with the efforts so far, including the 107,000 young voters who have pledged to vote pro-life first as a result.

SFLA “Sock the Vote” campus tours went to 46 states, calling on new voters to prioritize abortion which ends 2,362 lives each day. Students used baby socks as part of the display. This followed a very successful earlier campaign, “Sock it to Planned Parenthood,” during which SFLA held events and traveled across the country with a truck carrying 328,348 baby socks, representing the number of abortions Planned Parenthood commits each year.

In October, SFLA/SFLAction went from Alaska to Florida in a 10-state #Justice4Life tour on behalf of now Justice Amy Coney Barrett an extension of the SFLAction Activism Weekends that included more than 731,000 voters contacted. SFLAction conducted similar student trips over the summer, knocking on more than 50,000 doors and making more than 200,000 phone calls to educate voters in Arizona, Michigan, North Carolina, Virginia, and Kansas before key primaries. Click here to read more about SFLAction’s results in this cycle. For a look at student stories from the #Justice4Life tour, including Philadelphia where police were called to stop students from peacefully chalking, click here.