“The Biden Administration is trying to establish the Food and Drug Administration as the new Supreme Court with their regulations as the new Roe v. Wade,” said Students for Life of America President Kristan Hawkins. “This abuse of power is not only an attack on states’ rights but is also an attack on common decency.”

“The Biden Administration is trying to establish the FDA as the new Supreme Court with their regulations as the new Roe v. Wade. This abuse of power is not only an attack on states’ rights but is also an attack on common decency. No Test, Online distribution of Chemical Abortion Pills exposes women to injury, infertility, death, and abusers, and it would seem that the Biden Administration doesn’t care about what happens to women as long as a baby doesn’t survive. 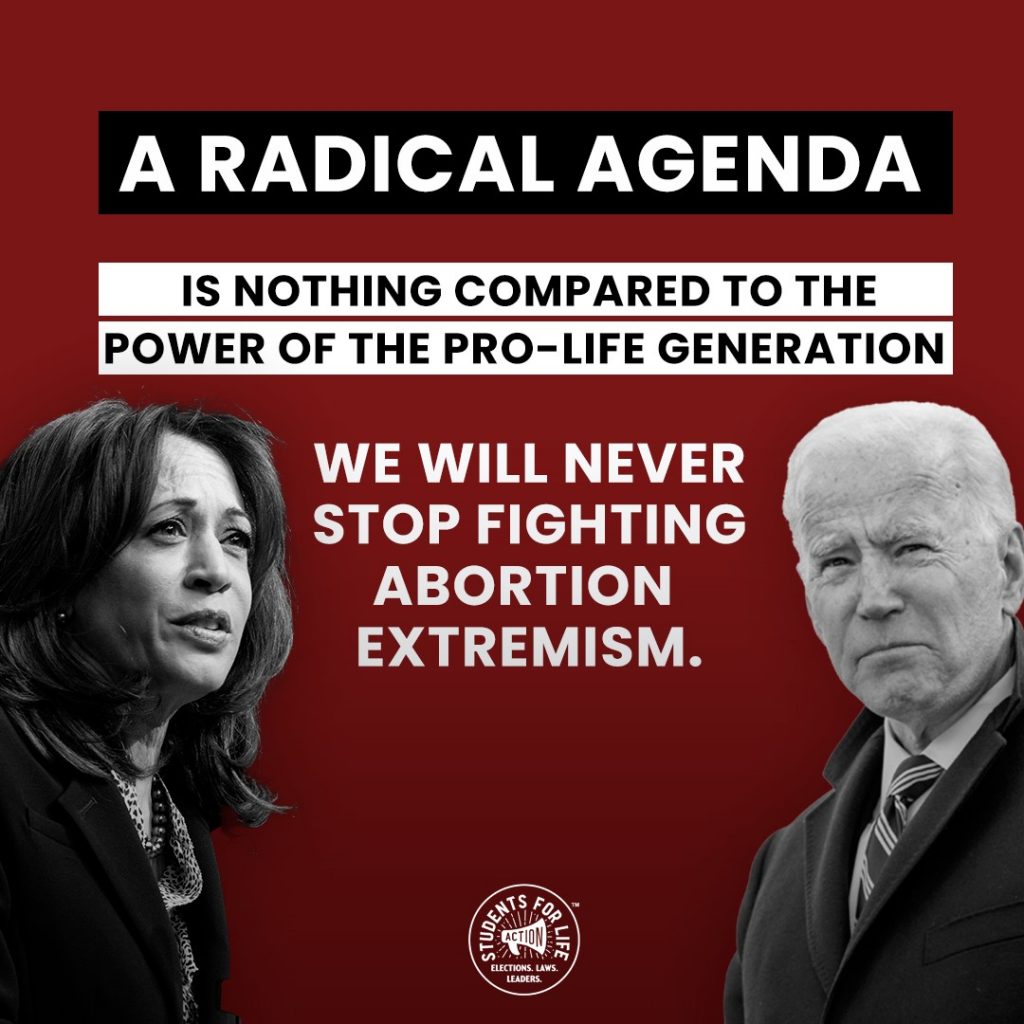 “In 1973, seven men created abortion through all 9 months in U.S. law with the stroke of a pen. Pro-life Americans will not stand by as Biden tries to do the same in an executive order, perhaps to draw media attention away from his current troubles. As officials are looking for classified documents in his private home, maybe they can find the so-called studies mentioned in the executive order claiming that the pills are “safe.” Chemical Abortion Pills pose great risk to women when used as directed. And there is evidence of environmental harms to aquatic, animal, and even plant life.

“Rest assured that 50 years after Roe v. Wade, pro-life Americans will not have the flawed and inhuman judgment of seven men replaced by the highly discredited Joe Biden.”

CLICK HERE TO READ HAWKINS’ OP-ED at the National Review detailing how the pills can lead to injury, infertility, and even death to mothers as well as to the preborn.

Click HERE to read SFLA’s recent poll through YouGov which shows the majority of Gen Y & Gen Z do NOT approve of the Biden Administration’s Chemical Abortion Pill schemes.

For an overview of where Students for Life Action worked to pass Chemical Abortion pill legislation in the last two sessions, click here.

For more on abortion as a federal issue, click here to read Hawkins’ recent letter to Congress.