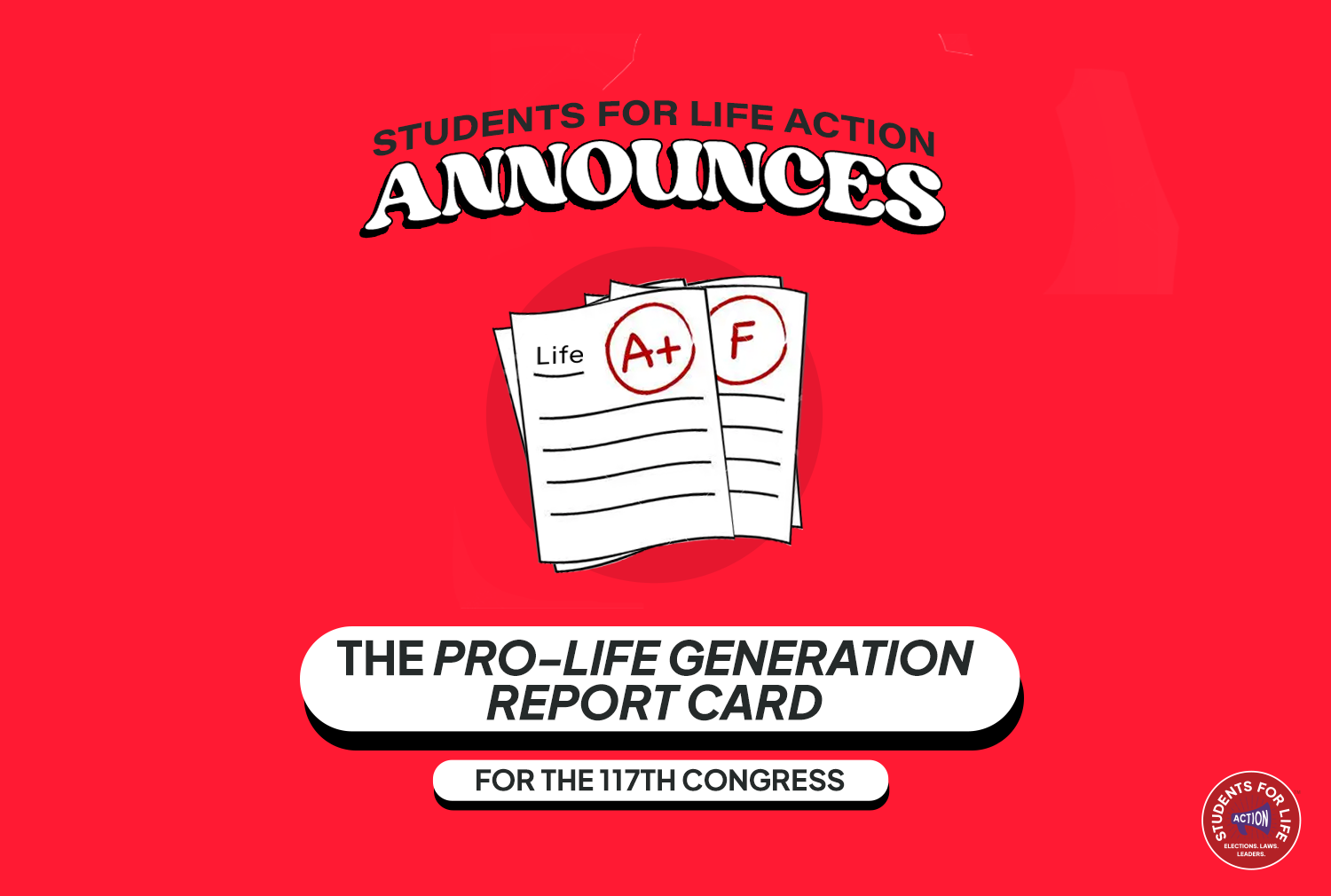 SFLAction Releases First Federal, Pro-Life Generation Report Card Findings: “Everyone does not get a trophy.”

“The first Post-Roe Generation won’t be ordering off the kid’s menu of political options in the days ahead, and we’re not going to score a short list of choices. Our first report card holds federal legislators accountable for significant votes in the last legislative session. We want to see real protections for life more than we want it to be easy to get a good grade from the Pro-Life Generation Report Card,” said Students for Life Action’s Kristan Hawkins. “Everyone does not get a trophy.”

Key Findings from Scoring the 435 Federal Legislators of the 117th Congress: 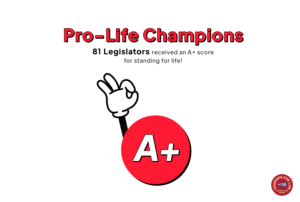 WASHINGTON, D.C. (01-25-2023) – Students for Life Action (SFLAction) releases today the first Pro-Life Generation Report Card created as a tool for voters – especially Millennials and Gen Z who are now about one-third of the electorate – to make evaluating life-related abortion voting more fine-tuned. The analysis looks at the 117th session of Congress and includes a wider range of actions, such as scoring on co-signing certain legislation as well discharge petitions, to name a few. Launched in 2019, SFLAction has pursued an aggressive strategy of pursuing new protections for the preborn and their mothers with a willingness to hold accountable office holders who may say they are pro-life but choose not to act in strategic moments. 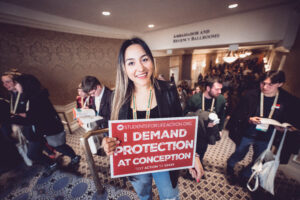 “This report card allows us to evaluate who will support policies that protect the preborn and women in a post-Roe America,” said SFLAction President Kristan Hawkins. “We need the most effective and fearless pro-life leaders to represent us in Congress, and as members of Congress make New Year’s Resolutions for public policy, we have our Pro-Life Blueprint to make it easier to create a courageous agenda. SFLAction is involved in elections and legislation to ensure Millennials and Gen Z – now nearly one-third of the American electorate – are adequately represented on all levels of government.”

In a January 2023 poll with YouGov, Students for Life’s Demetree Institute for Pro-Life Advancement found almost 7 out of 10 Gen Z & Y want to vote on abortion-related policy and most are in support of limits on abortion. SFLAction scored issues related to the confirmation of President Biden’s radical, pro-abortion nominees to federal offices, codifying Roe v. Wade through federal law, and legislation that would prevent colleges from providing abortions through campus health centers, among other lifesaving bills.

SFLAction’s report card was curated with the Pro-Life Generation in mind as a tool to help the voters of today and tomorrow determine which federal legislators on Capitol Hill are advocating for pro-life values, and who has failed their constituents. SFLAction is dedicated to keeping pro-life voters and activists informed so that they can hold their elected representatives accountable for their action – or inaction – on behalf of the innocent preborn.

What follows is a breakdown of the best pro-life leaders and those who advocate for an end to the violence of abortion as well as for support for mothers and their children – born and preborn.

– Texas was among the states with the most A+ legislators, with a total of eight.

– 88% (72) of Pro-Life Champions with a perfect A+ scores, that sought re-election, won in 2022 and have returned to Congress to work on SFLAction’s Post-Roe Blueprint.

– Other A- rated legislators included 66 Republicans with varying scores from 91-92.

– Senators Susan Collins and Lisa Murkowski were among the lowest rated Republicans with failing scores of 20 and 30.

– No Democrat legislators received passing scores with Senator Joe Manchin receiving the highest score as a Democrat of an F, 50. This includes the newly elected House Minority Leader Hakeem Jeffries who received an F.

– Sen. Pat Toomey, Sen, Richard Burr, Sen. Roy Blunt, Rep. Adam Kinzinger, Rep. Fred Upton, & Rep. Liz Cheney and several other Republicans with “D” scores or lower either lost their primaries or chose not to seek re-election, paving the way for more pro-life candidates to replace them in many cases. 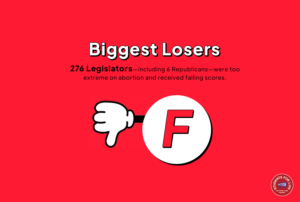 Scored items for the 2021-2022 Congressional session include:

To see the rankings of the legislators by state, click here.

Students for Life Action (SFLAction),a 501c4, along with its 501c3sister organization, Students for Life of America (SFLA),make up the nation’s largest pro-life youth organization and a political and policy operation engaging people of all ages. Together they work to end abortion — the human rights issue of our day — and provide political, legal, and community support for women and their children, born and preborn. Headquartered in Fredericksburg, VA, SFLA has more than 1,400 groups on middle, high school, college, university, medical, and law school campuses in all 50 states. SFLA creates strategy, policy, and programming to connect those most targeted for abortion with people ready to help and builds a framework for political engagement on their behalf. SFLA and SFLAction have more conversations with those most targeted by the abortion industry than any other pro-life outreach in the world, reaching more than 2 million people across social media platforms each week and engaging in approximately 100,000 digital conversations per month. Over more than 16 years, President Kristan Hawkins has grown SFLAction/SFLA into an $18 million organization preparing for a Post-Roe America