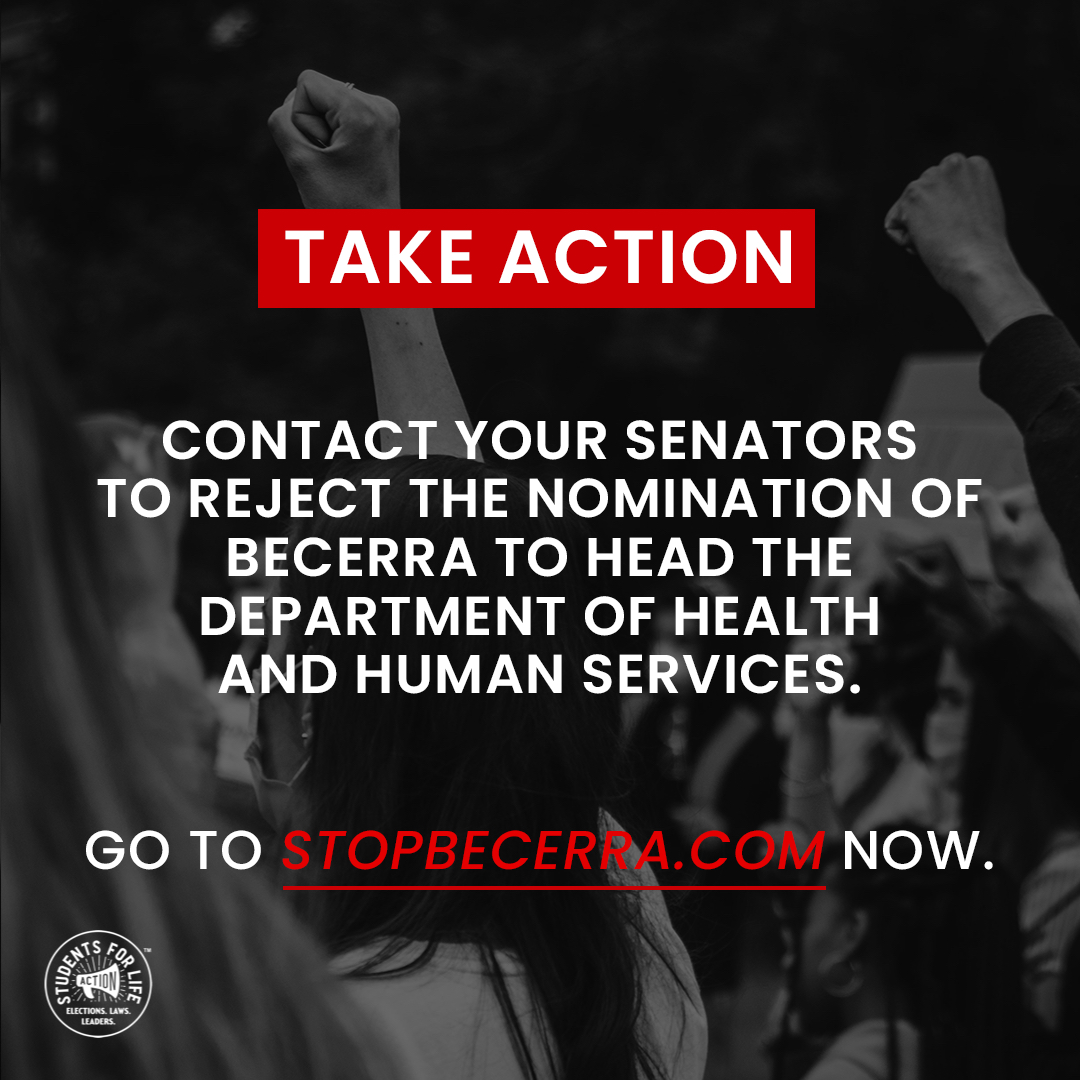 The Inability of Xavier Becerra to Name a Single Abortion Limit He Supports along with His Abuse of Power against Pro-Life Americans in California Disqualifies Him to Head Health and Human Services, says SFLAction’s Kristan Hawkins. Visit STOPBECERRA.COM

WASHINGTON D.C. (03-03-2021) – Students for Life Action President Kristan Hawkins made the following comments following the vote in the Senate Finance Committee, now headed to leadership to break a tie, to send California Attorney General Xavier Becerra to the full Senate for a vote on whether he should be confirmed as head of Health and Human Services: “Xavier Becerra’s abusive use of the power of his office against Pro-Life Americans is the reason that Students for Life Action has been calling for a NO vote on his confirmation as head of Health and Human Services from day one.  A hard-core advocate for late-term abortion, Becerra cannot name one abortion limit he supports and has actively undermined the medical professionals at the FDA with a lawsuit during this COVID crisis, an agency he could control as head of HHS. Becerra is out of step with the vast majority of Americans who want limits on abortions, something Becerra has refused to allow when he had the power to reject pro-life values and conscience rights. During a pandemic, we don’t need an ambulance chaser, looking for pro-life legal actions; we need a medical professional, which is why we will urge the U.S. Senate to reject Becerra’s confirmation to HHS.”

Students for Life Action is scoring a vote on Becerra as a key vote.

Leading opposition efforts against this nomination since December, Hawkins explained the many reasons why the “famously partisan” attorney was a bad choice in an op-ed up at USA Today.

In opposition to Becerra for head of HHS, SFLAction has also: