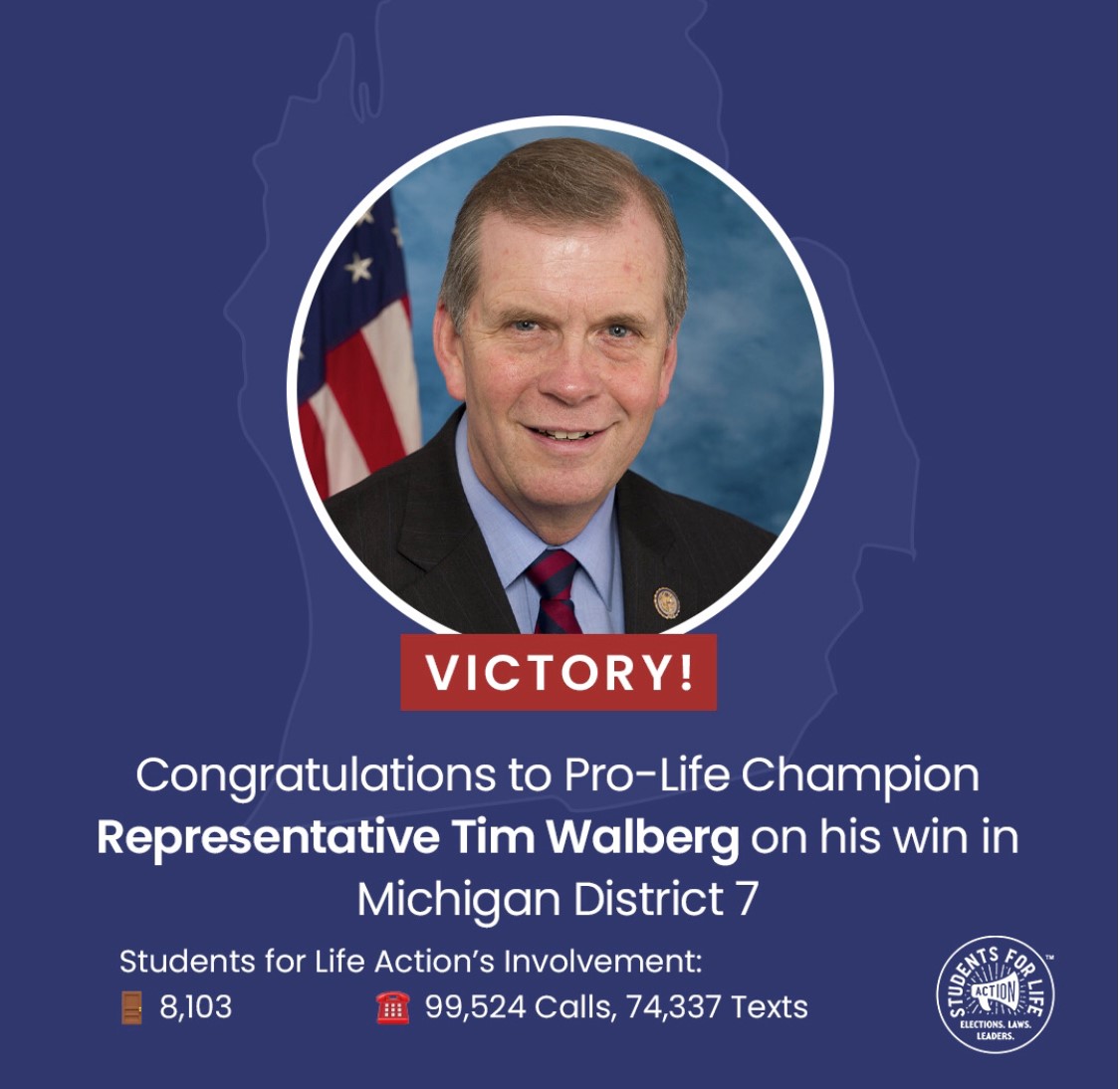 “The Pro-Life Generation devoted hundreds of hours of time and talent to educating Michigan voters on Rep. Walberg’s pro-life record,” said SFLAction President Kristan Hawkins. “We are so excited to see him headed back to Washington to defend the preborn for another term.”

SFLAction collectively knocked more than 8,000 doors, made 20,000 phone calls, and over 17,000 personal text messages to Michigan voters on behalf of Representative Walberg this cycle.

“There is bipartisan agreement that this election cycle was one of the most important of our lifetimes, with the potential to impact millions upon millions of present and future lives,” said SFLAction President Kristan Hawkins. “It is clear that the work SFLAction did this cycle contributed immensely to the most critical victories in the country. Rep. Walberg’s victory tonight is one example of that. The Pro-Life Generation went on the front lines in this election, to have a voice and a vote for life.”

In months leading up to the election, SFLAction led two major student activism weekends in Michigan to make voters aware of Rep. Walberg’s consistently pro-life position and urge them to #VoteProLifeFirst this election cycle.

Read more here to see our efforts in this election cycle.