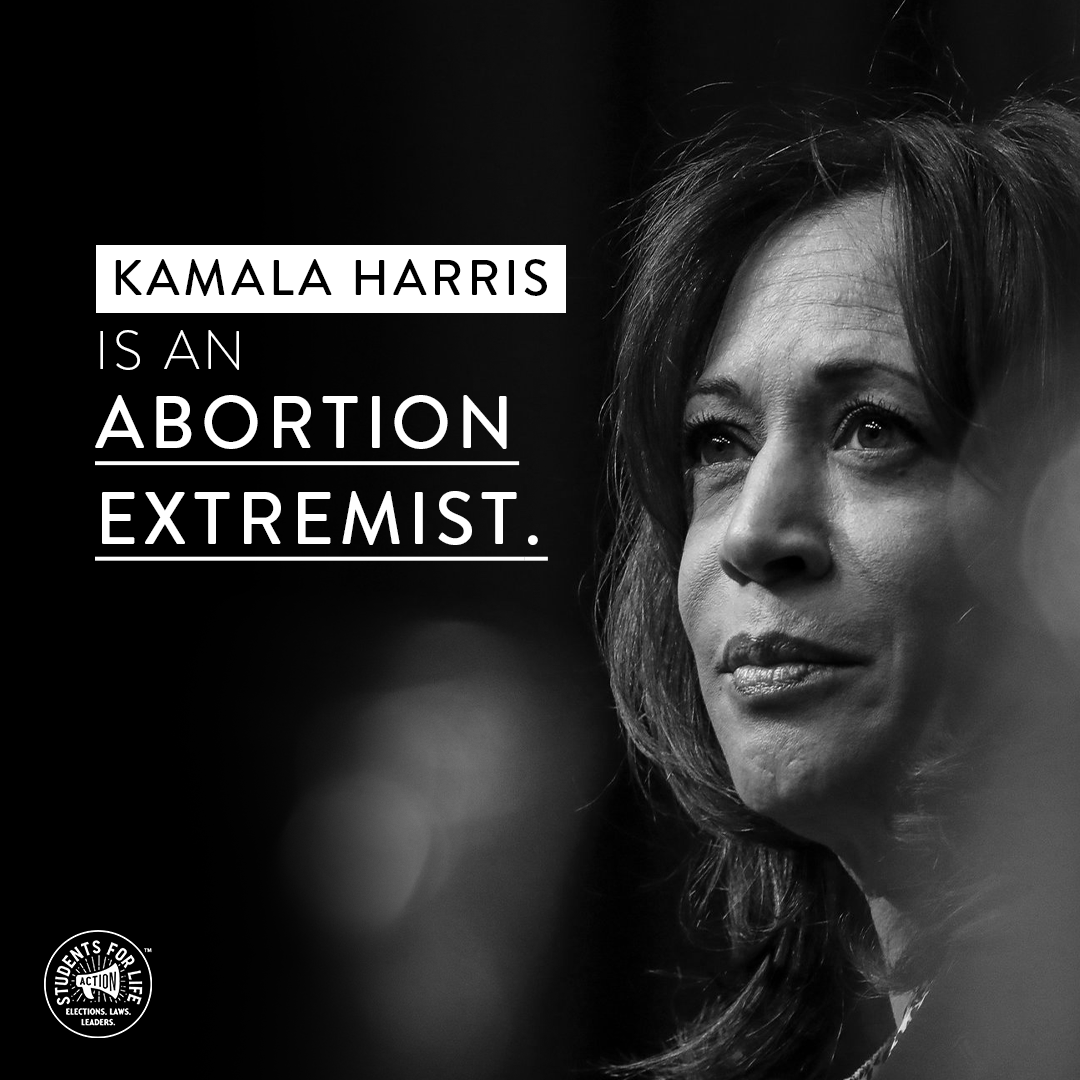 Students for Life Action Fears Sen. Kamala Harris Will Abuse Her Power in the White House Against Pro-Life Americans if Elected

“As a California attorney general who took campaign funds from Planned Parenthood, Sen. Harris arranged for an armed raid on the home of pro-life journalist David Daleiden who had dared to document the abortion Goliath’s illegal trafficking of aborted infants,” said SFL Action’s Kristan Hawkins. “Given her promises to push a radical abortion agenda and her history of concluding with abortionists to push pro-life journalists, what else might she do to pro-life citizens who disagree with her? The thought should frighten every American.”

She continued: “For Americans who vote pro-life first the choice is clear for November, if they check the record. Consider that Senator Harris has pledged that if she were elected President ‘no abortion law or practice will take effect until the Department of Justice certifies it comports with Roe v. Wade,’ which allows abortion through all 9 months, for any reason and sometimes with taxpayer funding. The radical impact of Roe v. Wade has resulted in policies that put the U.S. among 7 out of 198 countries allowing late-term abortion, standing with China and North Korea. But Harris’ abortion extremism does not stop there.

“She has called for repeal of the Hyde Amendment which is code for supporting taxpayer funding of abortion. She supports ‘codifying Roe,’ which is code for putting that radical ‘abortion up until the moment of birth’ policy into federal law. She wants the power over states to be so severe that elected officials ‘would have to obtain federal approval from the Justice Department before they’re able to implement any new abortion laws.’ She wants to force all private insurances and employers to cover abortion and contraception, even over people’s moral objections, such as the nuns in the Little Sisters of the Poor who twice had to fight for their conscience rights before the Supreme Court. And she has promised to ‘protect Planned Parenthood from Republican attempts to defund’ the nation’s number one abortion vendor.”

Laurie Rubiner, a former vice president of public policy for Planned Parenthood, said of Harris’ abortion plans in 2019 to Vox, “What is different about this is that she’s really going on the offense.”

“That’s what we’re afraid of and what every American should balk at,” said Hawkins. “Sen. Kamala Harris has already proved that she will use any legal authority available to her to target pro-life Americans, and, in plans announced during her Presidential run, she was direct in saying she wanted more power. Abortion was always going to be an issue in this election, but the stakes just got higher. The choice for anyone who is rejects abortion at any point in pregnancy and with taxpayer funds is crystal clear.”

For questions or an interview, please contact Kristi Hamrick at [email protected].