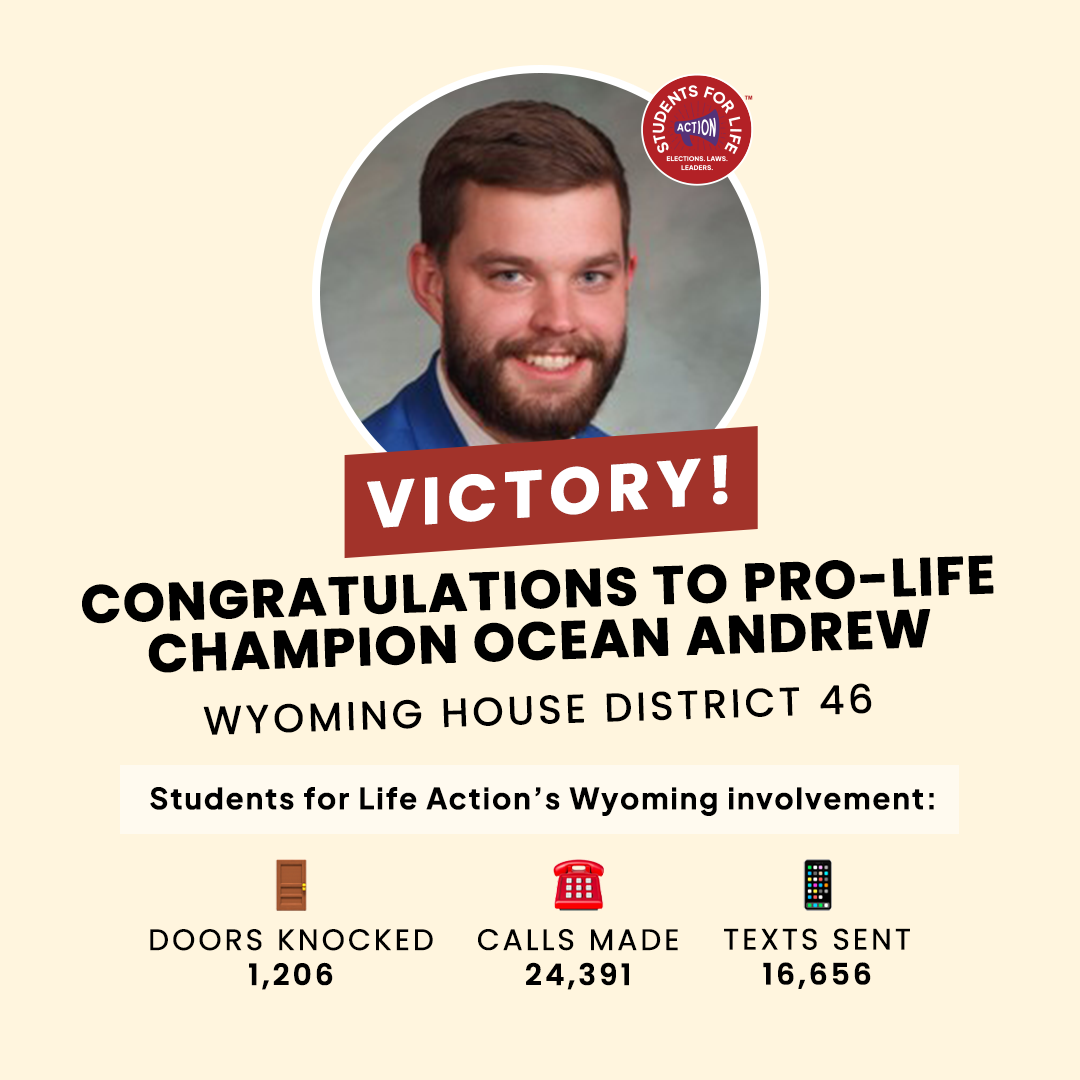 Republican primary voters of Wyoming made a clear choice that standing with the abortion lobby on the backs of the preborn is unacceptable,” said Dustin Curtis, SFLAction Executive Director. “Roe is out of the way and the Pro-Life Generation is energized to see leaders pass real policy changes for life. The days of pledging to be pro-life and siding with Corporate Abortionists have reached a stalemate. The primaries are the start of our battle, and we’ll continue educating voters on who they can count on in Wyoming this fall.”

CHEYENNE, WY and WASHINGTON, D.C. (08-17-2022) – After engaging in more than a dozen races during Wyoming’s primaries, Students for Life Action (SFLAction) congratulated the victorious pro-life leaders and highlighted those who pledged to protect life in law and service.

Harriet Hageman, who has ousted incumbent Liz Cheney from returning to her seat, completed SFLAction’s survey where she pledged, in writing, to vote 100% pro-life as the next Congresswoman from Wyoming. SFLAction President Kristan Hawkins tweeted, “Rep. Liz Cheney’s voting record has grown poor. She missed crucial votes to stop the abortion lobby’s efforts to codify Roe, refused to sign Rep. Bob Good’s discharge petition in support of the Life at Conception Act, and even voted FOR a bill setting up a foothold for Chemical Abortion.” 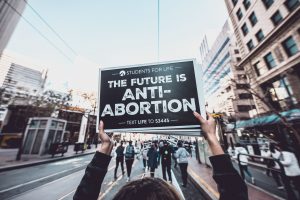 Notably, SFLAction alumni Ocean Andrew has taken his pro-life advocacy and stepped up to serve in office as House District 46 State Representative. “Rep. Andrew and his generation are the future of politics, and we were thrilled to host him for our yearly legislative training at the National Leaders Collective,” said SFLAction Executive Director Dustin Curtis.

Last year, SFLAction partnered with pro-life champion Senator Tim Salazar to introduce SF 0083 which bans dangerous Chemical Abortion pills. These risky pills account for the majority of abortions in Wyoming and Sen. Salazar’s bill would not only help ban the drug but revealed which legislators stand for life.

“When it came time to vote on Senator Salazar’s bill, Senator Drew Perkins, Senator R.J. Kost, Rep. Joe McGuire, and Rep. Shelly Duncan sided with Corporate Abortionists and voted down a lifesaving piece of legislation,” Curtis added. “Meanwhile, pro-life voters in Wyoming sided with their challengers who pledged to vote 100% pro-life instead.” 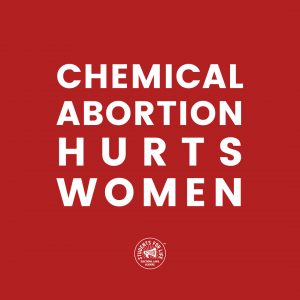 Throughout the primary, SFLAction:

While the number of incumbents losing their primaries this election cycle continues to increase, SFLAction remains committed to advancing pro-life laws and training the next generation of leaders. SFLAction spread awareness throughout the state on those who pledged to vote pro-life and the record of Wyoming’s leaders who didn’t protect the preborn when given the chance.