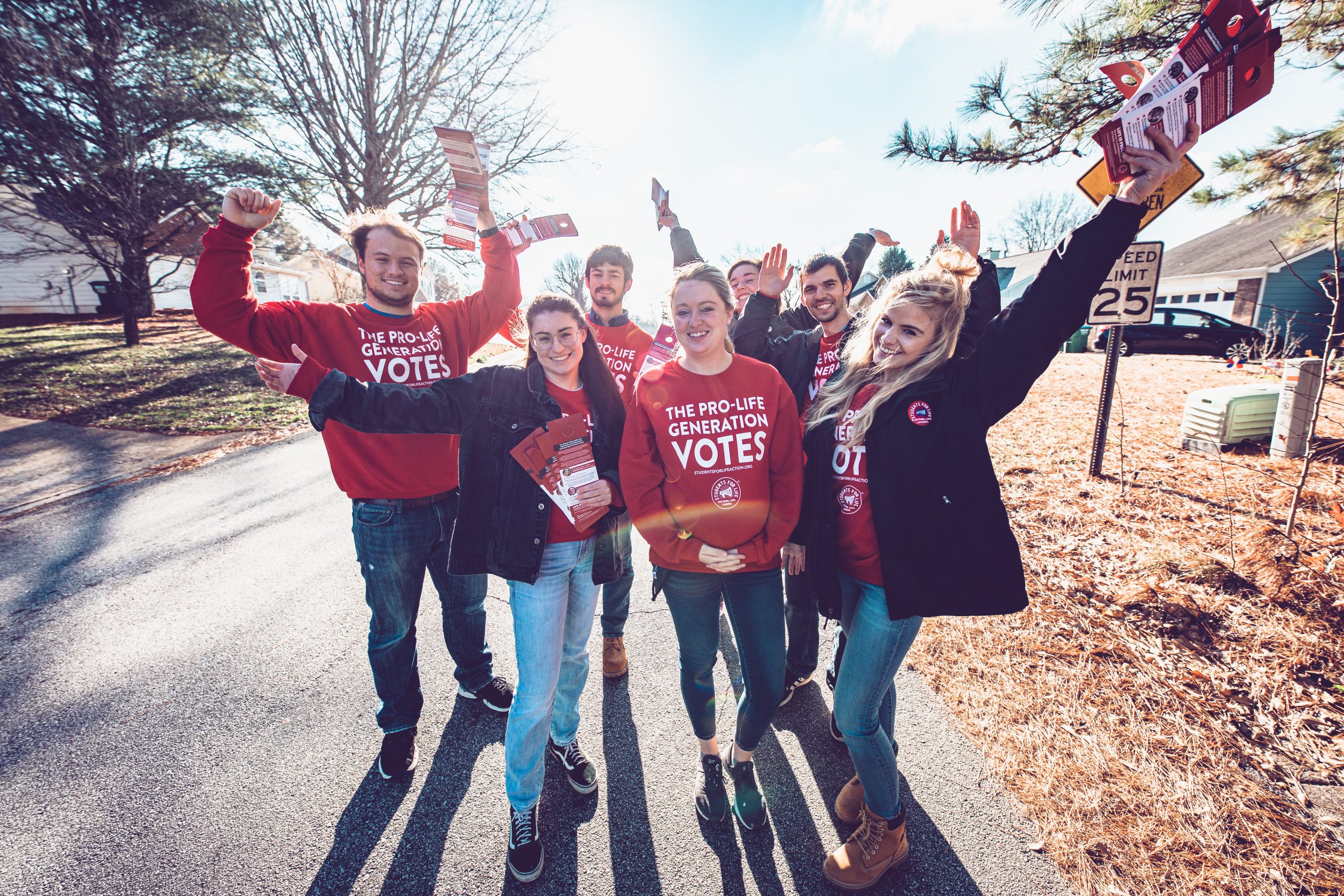 Students For Life Action Mobilizes in Alabama, Arkansas, & Pennsylvania with Pro-Life Messages Ahead of Primary Elections

“SFLAction has built a reputation as a major grassroots mobilizer, effectively advocating for pro-life issues with voters in key districts nationwide,” said SFLAction Grassroots Political Coordinator, Titus Folks. “The Pro-Life Generation is more equipped than EVER to reverse Roe v. Wade and protect life in law in every state.”

WASHINGTON, D.C. (05-12-2021) – This weekend, Students for Life Action will deploy in the states of Alabama, Arkansas, and Pennsylvania in the lead-up to primaries in those states. Grassroots activists are aiming to achieve a goal of knocking on nearly 5,000 total doors in key districts to urge constituents to encourage candidates to pledge to protect lifein the primary election.

Earlier in May, SFLAction launched its Summer deployments season in Indiana, where young pro-life activists knocked on more than 2,000 doors and sent more than 44,000 text messages alerting Indiana constituents which candidates have pledged to protect the preborn and which ones were dodging the life issue. Twenty candidates who pledged to end abortion via the Students for Life Action survey won their primaries in that state, including five candidates who won competitive primaries after receiving a 100% Pro-Life score on SFLAction’s survey.

In Pennsylvania, SFLAction will expose incumbents who claim the “pro-life” label, but voted to continue funding barbaric and inhumane research on aborted children at the University of Pittsburgh.

In Arkansas, SFLAction will highlight pro-life stalwart Senator Jason Rapert, who is running for Lieutenant Governor, and his record of championing legislation that promotes Protection at Conception in the state.

In Alabama, SFLAction will expose incumbents who worked to stop strong pro-life legislation, including an SFLAction-inspired Chemical Abortion Ban. SFLAction will highlight candidates who have shown resolve to protect life and urge them to redouble their efforts if reelected.

Media Advisory: For information about how to cover a deployment, capture video and b-roll, or interview staff and student activists in one of the three cities, contact [email protected].

More on SFLAction’s plan for a Post-Roe America HERE, HERE, and HERE