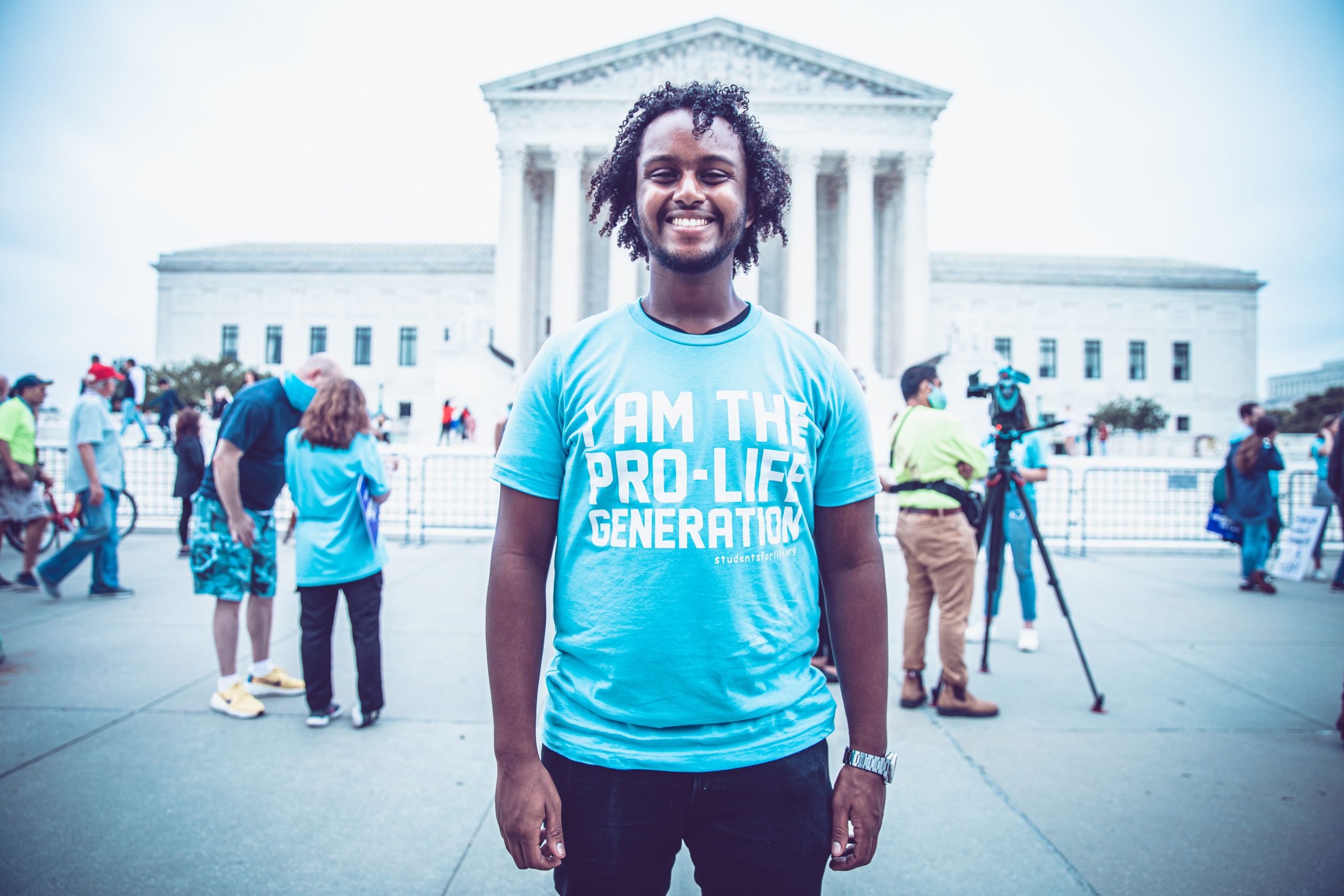 “Abortion loving politicians often share a similar flaw – a dereliction in their duty to both the law and their constituents when it comes to defending preborn life,” said SFLA’s Kristan Hawkins. “The Supreme Court should allow Kentucky Attorney General Daniel Cameron to do the job of Governor Andy Beshear, defending the state’s law intended to spare preborn infants a horrific and painful death.”

MEDIA ADVISORY: Students for Life of America will have team members at the Supreme Court starting at 9 a.m. for interview and reaction.

Starting at 10 a.m. eastern, live Arguments can be heard here in the case of Cameron v. EMW Women’s Surgical Center.

WASHINGTON D.C. (10-12-2021) – Students for Life of America President Kristan Hawkins said that SFLA team members would be outside the Supreme Court starting at 9 a.m. eastern, in support of Kentucky Attorney General Daniel Cameron “who is on the side of the angels, fighting to defend a law designed to end inhumane dismemberment abortions. Medical science has found that babies feel pain as early as 12 weeks, making Kentucky’s attempt to stop a later-term procedure that rips a child in pieces the moral and ethical thing to do.”

Hawkins continued: “Right now, the state of Texas and state of Kentucky have the same problem – what to do when public officials refuse to do their jobs and defend life in law. Texas decided to empower citizens while in Kentucky, the attorney general stepped forward. But given the dereliction of duty from too many in the executive, legislative and judicial branches, we need to expand the pools of pro-life champions empowered to act. Surely, a state’s top attorney is qualified to speak in court for those who have no voice.”

Background in the case from SCOTUS Blog: “The case, Cameron v. EMW Women’s Surgical Center, arises from a challenge to a Kentucky law, H.B. 454, that generally makes it a crime for doctors to use the “dilation and evacuation” method, the procedure most commonly employed to end a pregnancy during the second trimester.” (This is also known as dismemberment abortion as the child is pulled apart in the womb and then removed.) When the Beshear Administration refused to appeal the case further after taking office, Cameron asked to join the case and was turned down by the 6thCircuit Court of Appeals.

Again, from SCOTUS Blog: “In the Supreme Court, Cameron framed the case as a ‘dispute about a State’s sovereign ability to defend its laws.’ Under Kentucky law, he stressed, the attorney general has ‘the authority to defend state law when no other official will.’ Moreover, he had filed his motion to intervene to defend the law before any appellate deadlines had run, so that his motion – which, he observed, (Kentucky Health Secretary Eric) Friedlander did not oppose – ‘asked only to exhaust the preexisting appellate remedies by pursuing rehearing and, if necessary, a writ of certiorari.’ Therefore, he suggested, his motion ‘functioned to hand off the defense of Kentucky’s law from one state official to another before any appellate deadlines ran.’”

In the case, 23 states “filed a “friend of the court” brief supporting Cameron in which they described the question presented by the case as one ‘of profound substantive importance to our democratic system of governance.’ ‘States,’ they wrote, ‘have a compelling and indisputable sovereign interest in defending the constitutionality of their laws when challenged in federal court.’”

With a c4 Students for Life Action operating in all 50 states, Hawkins observed:  “We don’t just want to just pass prolife laws — and this was a record breaking year with more than 100 laws passed –  We want those laws to go to work.”

Students for Life and Students for Life Action have been engaged in fighting for a Supreme Court that shows respect for all life, from conception to natural death. Click here to read our amicus brief in the upcoming Dobbs v. Jackson case.

Students for Life Action (SFLAction), a 501(c)(4), along with its sister organization, Students for Life of America (SFLA), a 501(c)(3), make up the nation’s largest, pro-life, youth organization as well as operating a political and policy operation engaging people of all ages. Together they work to end abortion, the human rights issue of our day, and provide political, legal, and community support for women and their children, born and preborn. Headquartered in Fredericksburg, VA, SFLA has more than 1,250 groups on middle, high school, college, university, medical and law school campuses in all 50 states. SFLA creates strategy, policy and programming that connects those most targeted for abortion with people ready to help and builds a framework for political engagement on their behalf. SFLA/SFLActionmore conversations with those most targeted by the abortion industry every day, week, and year than any other pro-life outreach in the world. Every week, Students for Life entities reach more than 2 million people across social media platforms to have nearly 200,000 digital conversations. Under the leadership of SFLA/SFLAction President Kristan Hawkins, who was recruited to build the organization, SFLA has grown over the last 15 years into a $15 million organization preparing for a Post-Roe America.