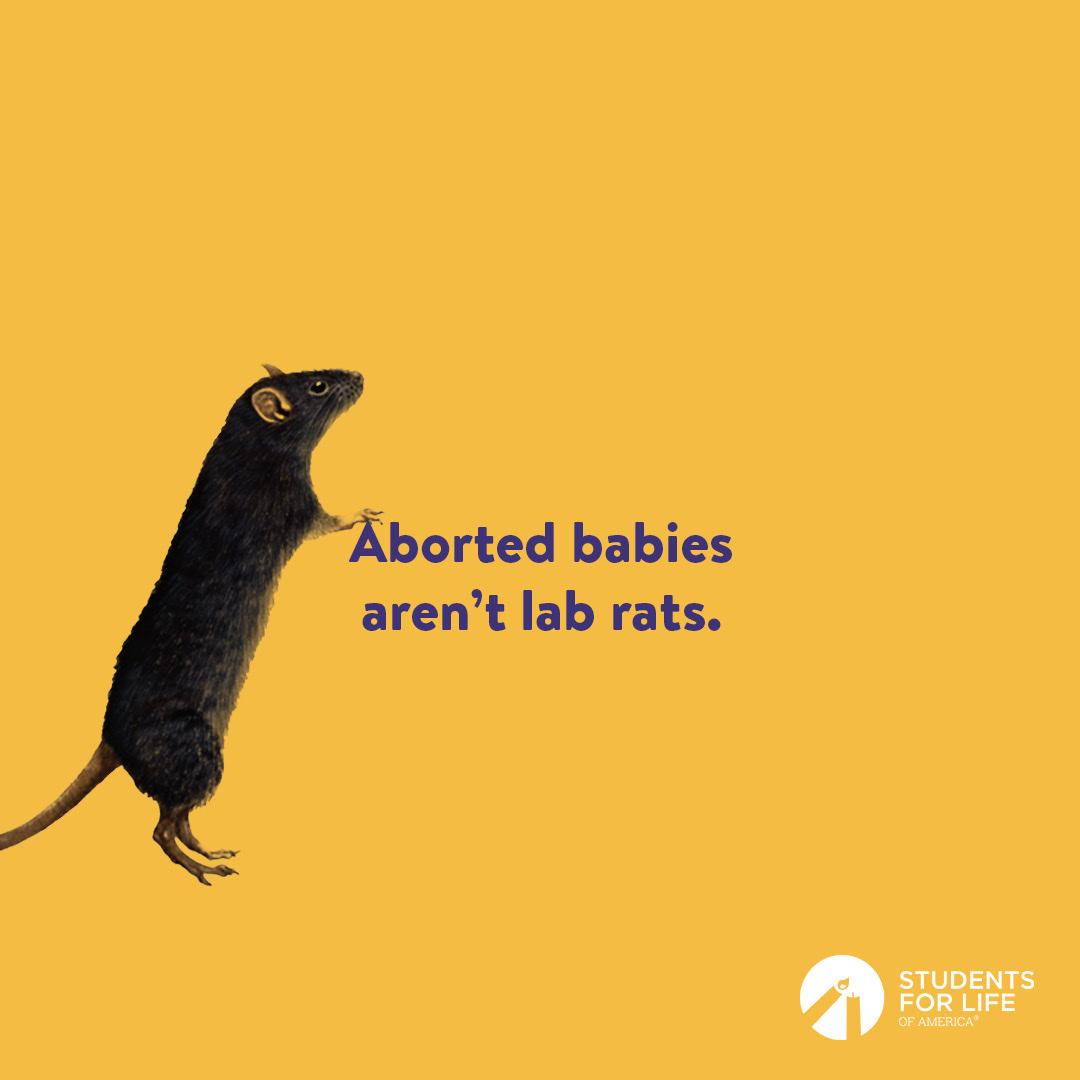 Students for Life, Students for Life Action Urge Americans to Call on Dr. Fauci to Resign After Barbaric, Taxpayer-Funded Experiments on Babies at University of Pittsburgh Exposed

“Dr. Fauci’s office at the NIH has approved the taxpayer funding of egregious experimentation on trafficked baby body parts,” said SFL/SFLAction President, Kristan Hawkins. “Dr. Fauci must resign in the wake of this horrific scandal. This experimentation should be stopped immediately as it is unethical and unnecessary — and it absolutely should not be funded by one cent taken from hard-working American taxpayers.”

PITTSBURGH, P.A., and WASHINGTON, D.C. (05-27-2021) – Students for Life and Students for Life Action are urging Americans to contact Dr. Anthony Fauci to demand that he resign and that immediate action is taken to stop barbaric human rights abuses taking places at the University of Pittsburgh and elsewhere, paid for by large taxpayer grants.

The decades-long web of unethical practices was recently exposed in a video and testimony by David Daleiden, project lead at the Center for Medical Progress, and covered by SFL and SFLAction here, here, and here. SFL/SFLAction has launched a campaign at PittKills.com to enable concerned Americans to easily contact Dr. Anthony Fauci and call on him to resign in the wake of the injustice.

“Dr. Fauci runs an office within the US Department of Health and Human Services (HHS), which literally describes its mandate as ‘serving and protecting Americans at every stage of life, from conception,’” said SFL/SFLAction President, Kristan Hawkins. “Fauci’s actual job as a high-ranking official at HHS is to protect Americans from conception — yet he is enabling the exact opposite: sacrificing the most vulnerable American children to appease Corporate Abortion, the human body parts trafficking industry, and unethical researchers in league with Planned Parenthood at the University of Pittsburgh. And taking US taxpayer dollars to do it. No conscientious person can stand for these human rights abuses, or this hypocrisy at the highest levels of the federal government.”

“This action is even more urgent given yesterday’s news of efforts to further abuse and endanger human lives by stripping restrictions on embryonic research 14 days after fertilization,” Hawkins added.

Exposure of the human rights abuses at Pitt which Dr. Fauci’s office funded preceded new accusations that Dr. Fauci participated in obfuscation efforts to withhold information about the origins of the deadly COVID-19 pandemic. Critics assert that earlier transparency from Fauci and other officials regarding the origins of the virus could have prevented countless deaths globally.

“Dr. Fauci’s harm to human life doesn’t begin and end with allegations about a research lab in China,” said Hawkins. “Horrific experimentation is happening right now, right here in the United States, at the University of Pittsburgh and elsewhere. While untold harm has been done by Dr. Fauci prioritizing the forces of death — and we can never bring back the lives that have been lost under his leadership — we CAN demand action now so that the injustice stops here. Fauci must resign.”