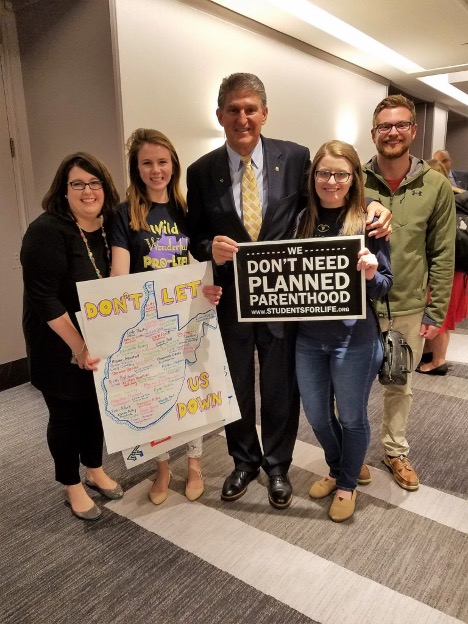 These Two Democrats Rejected Their Party on Abortion Extremism

This legislative session, Democrats in Congress and the White House have made it their mission to expand abortion availability for any reason through all 9 months of pregnancy and send taxpayers the bill. This is a dramatic and terrifying shift from the Democrat’s former abortion mantra: “Safe, legal, and rare.”

Some of the Democrat’s biggest and most extreme initiatives this year include:

This extreme pro-abortion agenda does not reflect the will of the American people. In fact, 76% of Americans favor significant restrictions on abortion.

With Democrats clinging to their majority in Washington, D.C. and using every ounce of their power to radically change the country, protection of the preborn through federal legislation can seem impossible. However, there is some reason to hope with two Democrats on the Hill defying their party’s base out of electoral concerns: U.S. Senator Joe Manchin (D-WV) and U.S. Representative Henry Cuellar (D-TX-28).

This staunch opposition prompted President Biden to stop by the Capitol last week in a desperate attempt to garner support for the spending plan before departing to Europe. In a closed-door meeting with the House Democratic Caucus, President Biden pitched a significantly trimmed $1.75T budget reconciliation package (which actually costs $4T over 10 years) to appease both the moderate hold-outs and the more extreme liberals who initially conceptualized the bill framework. Politico reported that Senator Manchin and Senator Kyrsten Sinema (D-AZ) are now on board with the spending package despite the still-missing Hyde Amendment. However, White House officials have not confirmed if individual lawmakers have agreed on the newer and less expensive framework. But the fight isn’t over just yet. Senator Bernie Sanders (D-VT) and House Democrats like Representative Pramila Jayapal (D-WA-07) are seemingly unhappy with the changes and may present a roadblock if they choose to fight to reinstate some former bill elements. 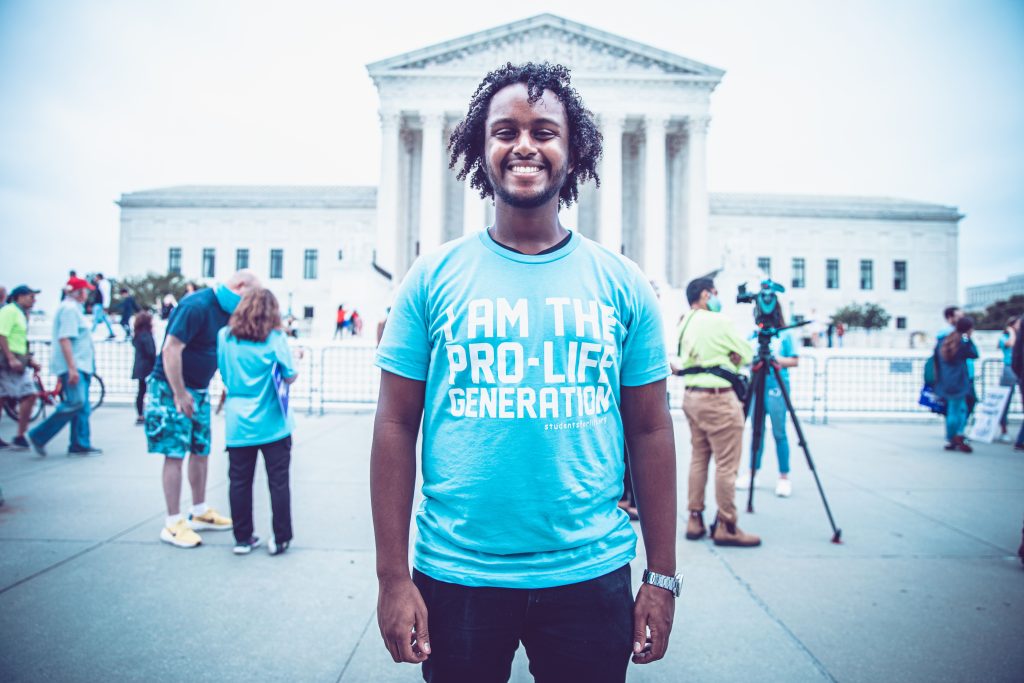 Other bad votes on the Senator’s record include a 2011 vote against repealing Obamacare, despite expressing concerns about abortion-promoting provisions, and a 2014 vote in favor of a bill that would overturn Hobby Lobby v. Burwell, a decision that upheld the company’s religious freedom by protecting them from paying for abortifacient contraceptives for employees. If that weren’t bad enough, Senator Manchin opposed the confirmation of Supreme Court Justice Amy Coney Barrett, despite voting to confirm Justice Brett Kavanaugh two years prior. Later, President Biden nominated abortion radical Xavier Becerra to be the Secretary of the Department of Health and Human Services. The closest thing Becerra has to relevant experience for this position is suing nuns, pro-life journalists, pregnancy support services, and even the FDA amid the pandemic during his time as the Attorney General of California – all to advance an extreme pro-abortion agenda. Sadly, Senator Manchin voted in favor of Becerra’s nomination.

Clearly, Senator Manchin isn’t 100% pro-life, but, so far this Congress, he’s serving as the critical firewall against abortion extremism on Capitol Hill. Both West Virginians and the majority of Americans do not want taxpayer dollars to fund abortions. Because of the continuous changes surrounding the budget conversation on Capitol Hill, we must continue to urge Senator Manchin to fight for the Hyde Amendment on behalf of his constituents and the rest of the country.

In September, Speaker Nancy Pelosi pushed for a House vote on H.R. 3755, the Women’s Health “Protection” Act. The bill passed with a 218-211 vote. Representative Cuellar was the ONLY Democrat to oppose this radical pro-abortion legislation. This means all other House Democrats are on the record for supporting abortion on-demand for any reason and through all nine months of pregnancy.

On a Zoom call, Representative Cuellar said, “I am a Catholic, and I do believe in rights and right to life… Sometimes, people vote because of political (views)…they think this is a Democrat or Republican issue. To me, it’s a matter of conscience.” 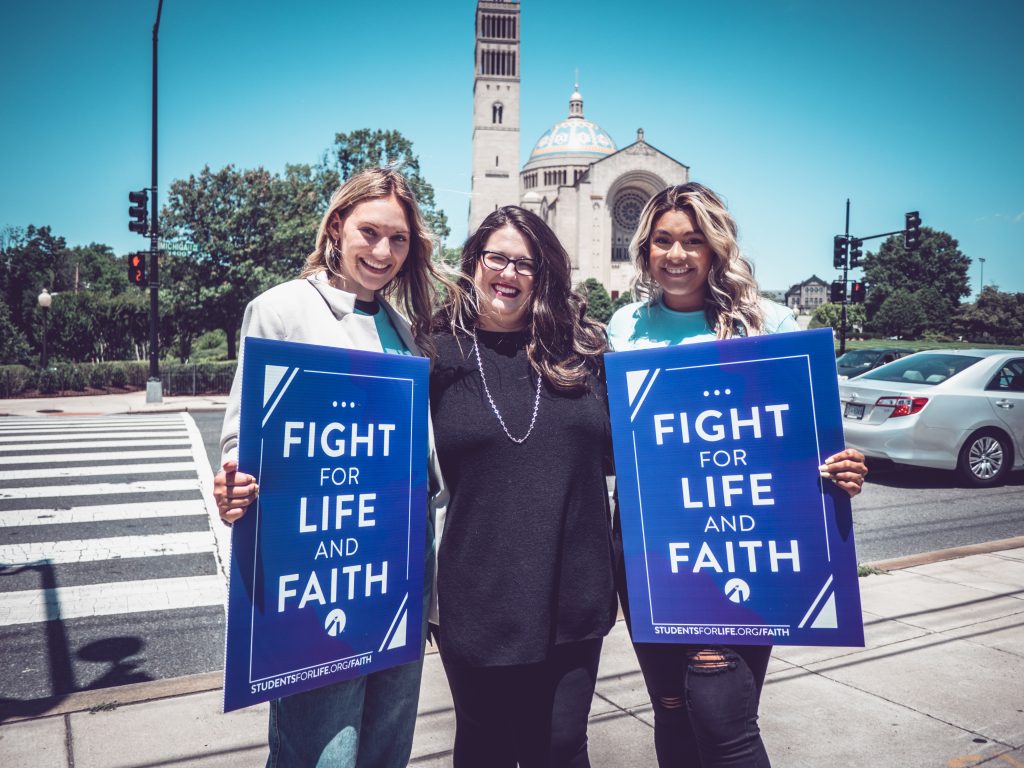 This isn’t the first time Representative Cuellar defied his Democrat colleagues on abortion issues. In past legislative sessions, the Representative voted in favor of the No Taxpayer Funding for Abortion Act and the Pain-Capable Unborn Child Protection Act. He also supported restricting the transportation of minors across state lines to get abortions by voting yes on the Child Interstate Abortion Notification Act.

Representative Cuellar even co-sponsored the Born-Alive Abortion Survivors Protection Act in the past. However, he has failed to sign it’s discharge petition this year. If this discharge petition were able to garner enough signatures, the House would be automatically prompted to vote on the bill, forcing legislators to go on the record regarding whether they support infanticide. Currently, no Democrats have signed the discharge petition, possibly because they fear being the first in their party to defy the extreme anti-Life agenda of Democratic leadership.

Unfortunately, Representative Cuellar has supported expanding embryonic stem cell research by voting yes on the Stem Cell Research Enhancement Act, which many pro-lifers oppose. But this is far from satisfactory for the abortion lobby and fellow Democrats.

Because of this and several other votes, Representative Cuellar may face a tough election in 2022. In his last election in 2020, Representative Cuellar defeated NARAL endorsed candidate Jessica Cisneros. Cisneros has committed to running against the Representative again, targeting him because of his modest record opposing abortion extremism. However, the Texas 28th district is considered moderate, with a majority Hispanic population that largely considers themselves Democrat, Catholic, and pro-life.

Senator Manchin and Representative Cuellar are both important, albeit imperfect, members of Congress in blocking the abortion lobby’s radical agenda. Opposing the Democratic leadership could lead to severe political consequences. We commend these legislators for their bravery and boldness in doing the right thing.

It is vital that constituents continue to support and motivate somewhat pro-life Democrats to stand their ground, especially as their party attempts to coerce them to advance the will of the greedy, violent, and predatory abortion industry. But that is not enough. We must also urge our representatives in D.C. to do even more to protect preborn babies and their mothers. Countless lives depend on it.