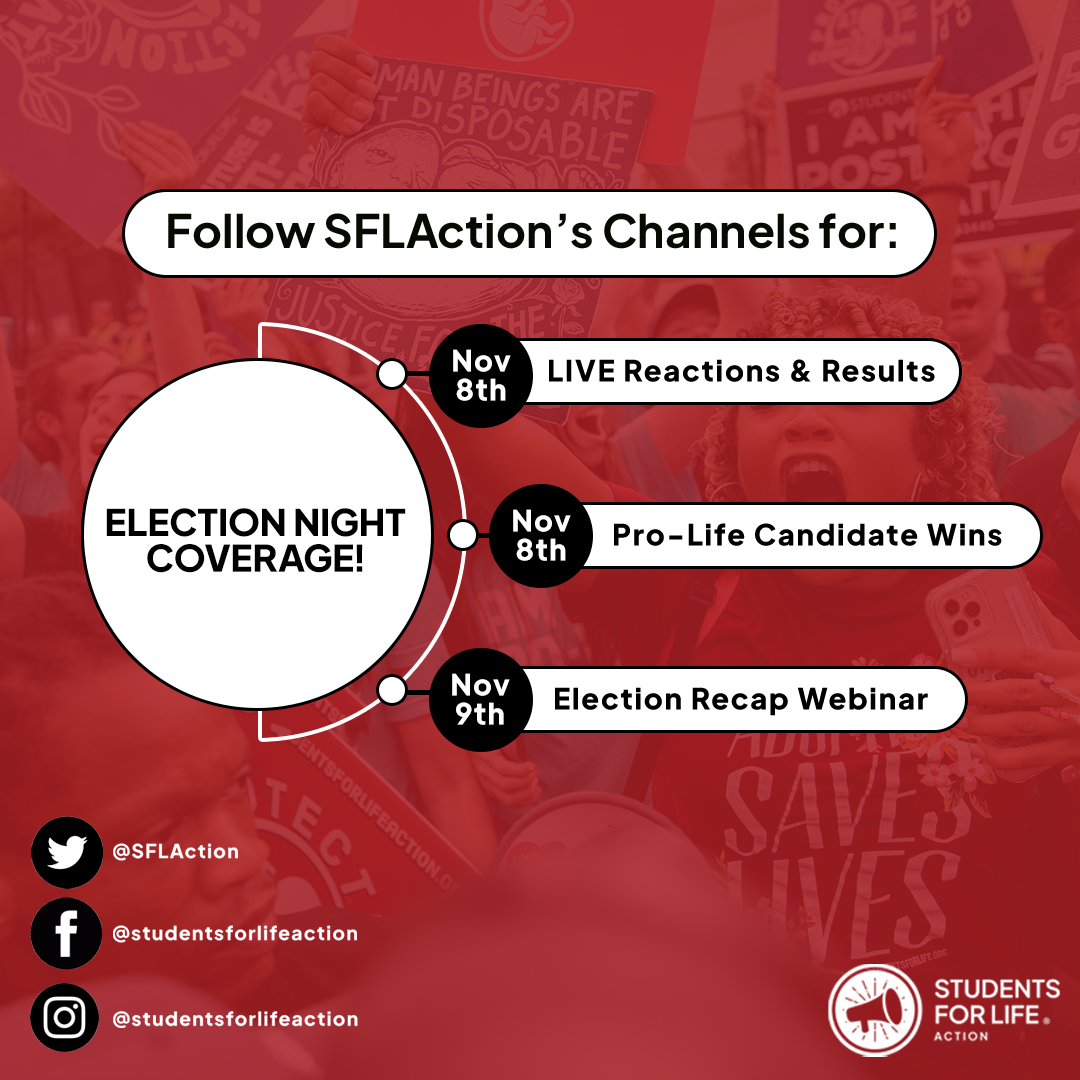 “Abortion kills babies and political careers. Students for Life Action is tracking hundreds of candidates and expects those who sympathize with the abortion lobby to see their political career cut short tonight,” said Kristan Hawkins, SFLAction President. “The pro-abortion agenda, naively thought to be a winning issue since the reversal of Roe v. Wade, will prove to be a big loser as 90% of Americans reject extremist values like allowing abortion through all nine months, for any reason, at the expense of the taxpayer.”

WASHINGTON, D.C. (11-08-2022) – As a national pro-life organization prioritizing both state and federal elections, Students for Life Action (SFLAction) is closely monitoring the outcome of hundreds of races from U.S. House and Senate seats, State House & Senate candidates, Attorneys General and Governor races, as well as five ballot initiatives on abortion. SFLAction selects races for engagement by prioritizing locations where a few more votes can make a huge difference in our ability to protect life in law and in service. With that in mind, SFLAction also participates in primary battles at the state and federal levels, when one candidate is clearly the pro-life choice or where a candidate has failed to protect life in law. Given the importance of state legislatures and governors, our 50-state team on the ground is well placed to make a difference in races at all levels.

“We anticipate the pro-abortion agenda to be a big loser tonight because if you like ANY limits on abortion, you don’t like Joe Biden’s abortion agenda,” said SFLAction President Kristan Hawkins. SFLAction has collected more than 600 candidate surveys this election cycle with hundreds pledging to vote 100% pro-life. We’re tracking key elections tonight that could impact the future of state and federal legislation.

As a mega grassroots mobilizer, SFLAction has deployed hundreds of student activists to canvass in 33 states around the country. In addition, SFLAction is educating more than 250,000 voters at their doorsteps and has utilized its #VoteProLifeFirst digital campaign to run ads, send peer-to-peer text messages, and make phone calls to reach another seven million voters. 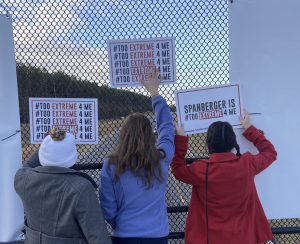 SFLAction is paying special attention to: 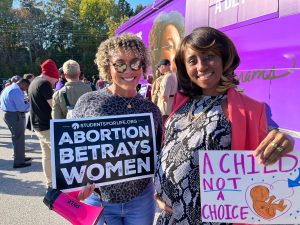 SFLAction is monitoring results for 10 U.S. Senate seats and 14 U.S. House seats — these legislators can stop radical pro-abortionists from codifying Roe at the federal level. 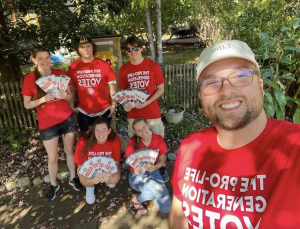 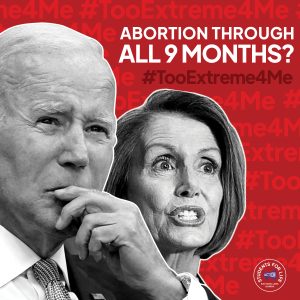 These races could mean the difference between blocking state laws on abortion in court or passing life-saving legislation. 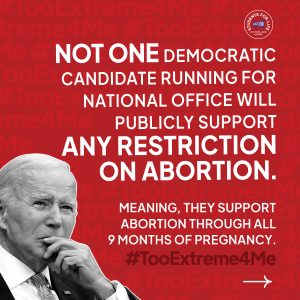 With countless lawsuits underway in response to life-saving laws taking effect since Dobbs, more than ten attorneys general and local races have become too important to overlook. SFLAction will closely watch Attorneys General races as well as Montana Supreme Court nominee James Brown and Chuck Gray for Secretary of State in Wyoming.

After battling it out for the Value Them Both Amendment in Kansas, SFLAction knew it had to be engaged in California, Kentucky, Montana, Michigan, and Vermont to combat the abortion lobby’s attacks against state legislation that protects the preborn. 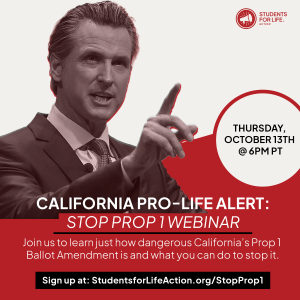 As noted by The Washington Post, SFLAction is “one of the largest antiabortion organizations in the country,” and has long been preparing legislatively for a Post-Roe America. Fox News recognizes SFLAction “has already been pushing state legislatures” and our growing influence has even reached pro-abortion leader Mary Ziegler who noted the power of our mobilization in The Atlantic. Read more about SFLAction’s Post-Roe Blueprint HERE or read Hawkins’ latest op-ed at The Daily Wire titled “My Fear of Who’s Running the Country Dwarfs My Deep Concern Over Abortion.”