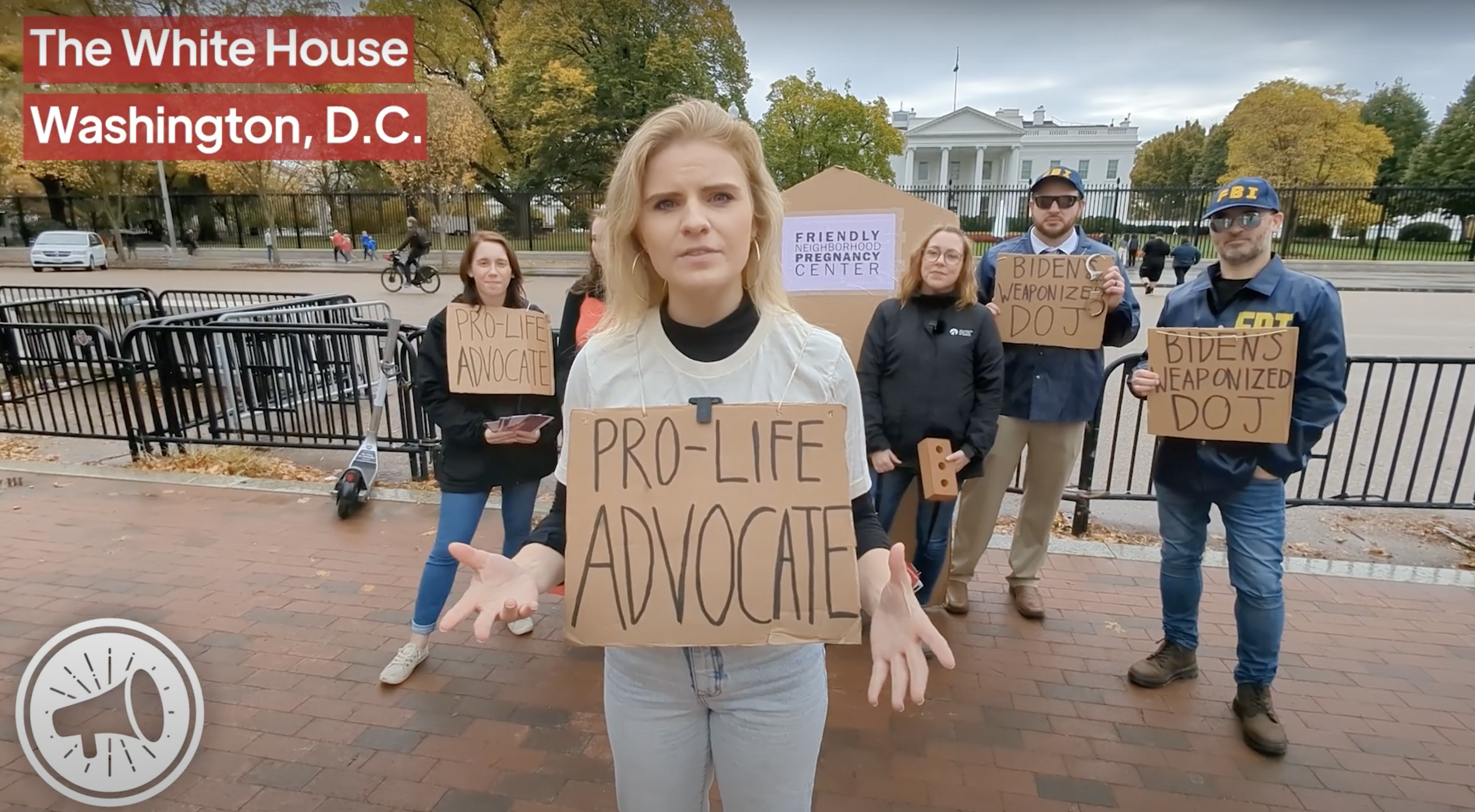 This week, Students for Life Action (SFLAction) reminded the Biden Administration that his weaponized Department of Justice (DOJ) has been unfair and biased in their actions against pro-lifers during the abortion lobby’s violent Summer of Rage.

Violence against pro-lifers is on the rise with a new report by the Crime Prevention Research Center (CPRC) indicating “after the Dobbs decision was leaked, there was over 22 times more violence directed against pro-life groups than pro-choice organizations.”

In a satirical skit done in the heart of Washington, D.C., SFLAction posed as pro-lifers at pregnancy resource centers (PRCs), FBI agents, and of course, abortion activists who have been wreaking havoc since the reversal of Roe v. Wade.

Watch the video to see the street theater here:

As the Pro-Life Generation seeks to offer help and life-affirming resources through sidewalk counseling women and families who are often told abortion is their best and only option, they are seen in the video getting handcuffed by FBI agents while pro-abortion terrorists are throwing bricks at the PRC, totally ignored by law enforcement.

Performed outside the White House, residents passing by looked quizzically at the performance. Maybe they’re not familiar with seeing the reality faced by the pro-life community because it’s hardly ever televised? That’s what happens when mainstream media is pro-abortion.

While the satirical skit was done in a manner to lightheartedly bring attention to this issue, it’s a serious indictment of the Biden Administration and law enforcement agencies which exist to uphold justice, yet make no arrests of the pro-abortion group ‘Jane’s Revenge’ which has taken credit for 18 attacks against pro-lifers.

With well more than 40 attacks on pregnancy resource centers, pro-life organizations, churches, and substantial threats to Supreme Court Justices since the reversal of Roe, it is past time that the Biden Administration and DOJ take the safety of the pro-life community seriously. 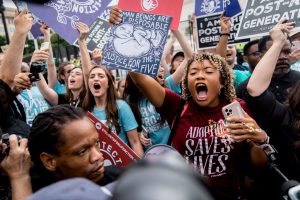 In their research, CPRC found there were “135 attacks on pro-life entities and people between when the [Supreme Court opinion] leak occurred and September 24, 2022,” whereas “only six cases involve pro-choice people attacked.”

Instead of justice for pro-lifers, we’ve seen the DOJ’s power overly exerted when it comes to issues like a pro-life activist accused of violating the FACE Act and having his home invaded by a SWAT team, or a former President’s home getting raided over alleged missing documents.

(CLICK HERE to read ‘Forget the Firebombed Pregnancy Centers and Death Threats, Speaker Pelosi Thinks Violence is Only Bad If It Happened on January 6.’)

Biden’s DOJ has acted more politically and biased than we’ve witnessed in some time. The time is now to call out the hypocrisy and remind leaders that pro-lifers deserve protection too, and criminals need to be held accountable for breaking the law. Rule of law must not be prejudiced.

READ NEXT: With No Attempt at Justice for Harmed Pro-lifers On the Horizon, SFLAction Sends FOIA Request to DOJ