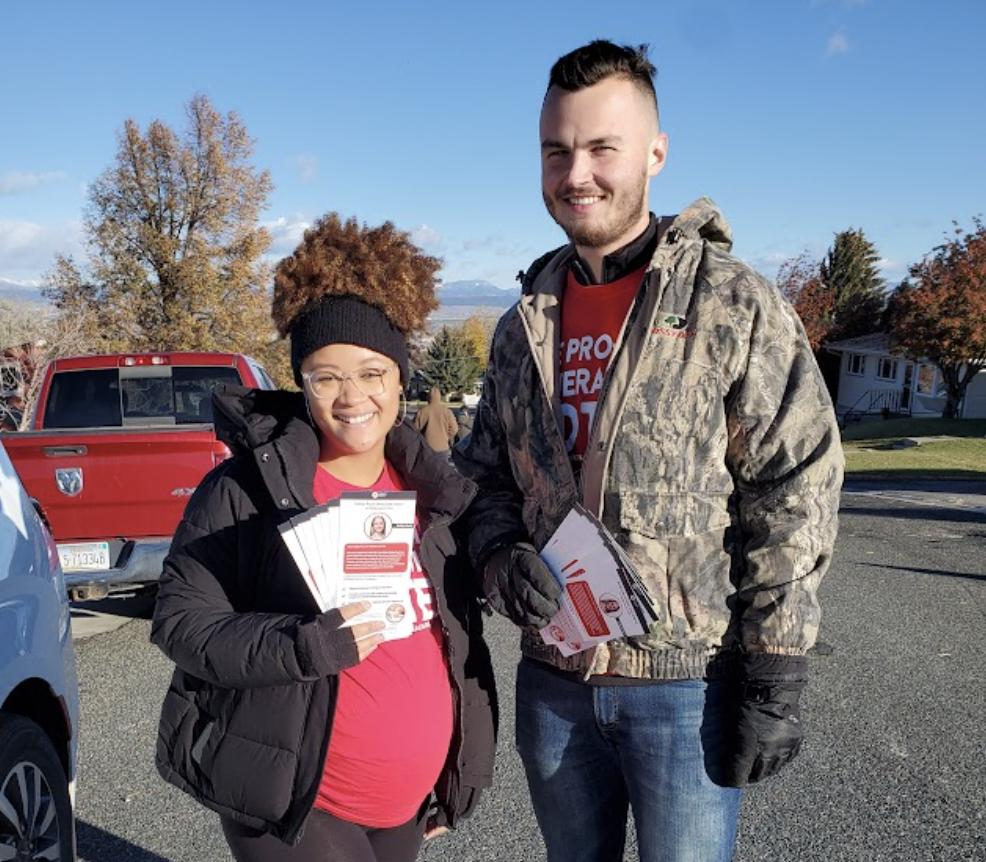 Have you ever wondered why more than 1,000 high school and college students would volunteer their time and talents to canvassing (sometimes in the snow and wind) before an election? While it’s clear that Gen Z and Millennials are motivated to vote and get engaged in local politics, the passion behind so many students who joined Students for Life Action (SFLAction) in canvassing this election cycle can best be explained in one word: unstoppable.

A commitment to ensuring that we have successful pro-life policies and leaders is what prompted 1,000 students to canvass with SFLAction, and we could not be more thankful and proud of the conversations and minds changed that they have achieved.

Check out this video to see some of their door knocking highlights and reactions to Pro-Life Champions taking home a win:

“We want to see life win when the polls close,” said Shaohannah Faith, SFLAction Capital Area Regional Coordinator, while canvassing. Thanks to the education of SFLAction students, we were able to mobilize in 33 states, knock on more than 250,000 doors, personally text more than three million voters, call over two million pro-life voters, and launch digital ads that were viewed almost nine million times – all leading to several key pro-life wins on election night.

(CLICK HERE to read some of our election win highlights.)

“The Pro-Life Generation can’t be stopped,” said Stephanie Stone, SFLAction Mid-East Regional Manager. This was certainly true for Stone and her team who continued canvassing for Pro-Life Champions in Montana during a light snowfall!

Canvassers in Denver, Colorado shared fun moments of talking to pro-lifers at the doors and the team in Scranton, Pennsylvania had a great conversation with a man who used to hold pro-abortion views.

“When we were canvassing, we talked to an older gentleman who told us he used to vote straight Democrat, but he’s breaking party lines in this election because of the life issue,” said Kate Maloney, Campaign for Abortion Free Cities Manager in PA. “Hearts and minds are being changed; Americans are awake to what pro-abortion politicians are doing.”

Reporting from Nebraska, Nicole Hollmann, SFLAction Missouri and Arkansas Regional Coordinator, encouraged fellow door knockers by saying, “Getting out and door knocking really does make a difference. We’ve talked to people who feel really encouraged by seeing pro-lifers out there. Even if it feels like a lot of work, it’s work that’s well worth it!”

In Arizona, our team spoke with a woman who shared how she fought for abortion ‘rights’ years ago, but after engaging in meaningful dialogue with SFLAction and contemplating hard questions (such as, at what point should a direct abortion be legal?), her mind was changed.

She told SFLAction canvassers, “Thank you so much for speaking with me about this. You made me think about it [abortion] differently. I’m going to think about it more and look into it, and I really think I might be pro-life now!” 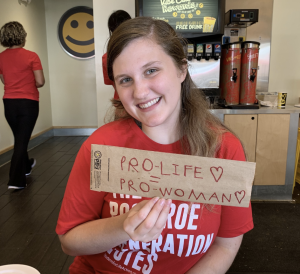 After thousands of meaningful interactions, SFLAction students overwhelmingly expressed a grateful and determined attitude in standing up against the biggest human rights violations of our time.

“At the end of the day, we know that we used our voice to stand up for the preborn who did not have a voice this election season,” said Mary Carmen Zakrajsek, SFLAction Great Lakes Regional Coordinator. “No matter the results, we are hopeful that one day America will restore life into law.”

READ NEXT: Students for Life Action Demands Accountability from FBI on Abuse of the FACE Act Through Satirist Street Theater